Star newlyweds Jennifer Lopez and Ben Affleck said their “I do’s” Saturday at Affleck’s 87-acre property in Georgia, a site controversial for its design as an “imitation” plantation.

Clad in all-white attire, friends and family members of the couple known as “Bennifer” gathered at the expansive Riceboro estate which Affleck reportedly purchased for $7.11 million in 2003, and later tried to sell in 2018 after news surfaced of a slave-owning relative in his mother’s ancestry, Page Six reported.

After making efforts to keep the information under wraps, the “Argo” actor tried to sell the property for $8.9 million in 2018, later decreasing the price to $7.6 million in 2019, and ultimately removing the listing after it didn’t sell, the outlet reported.

At their private ceremony held on the property Saturday, Affleck and J-Lo officially tied the knot to a relationship that rekindled in 2021, 17 years after the celebrity couple’s first engagement fell through in 2004. 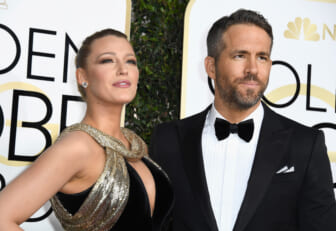 The couple’s first run in 2002, sparked while they collaborated on the 2003 movie “Gigli,” was cut short after two years due to excessive media buzz and rumors surrounding the relationship, according to Page Six.

Both Lopez and Affleck went on to other high-profile marriages during the break, beginning with J-Lo and singer Marc Anthony tying the knot in 2004, later birthing twins Max and Emme, who are now both 14. Following their divorce, Lopez and former baseball player Alex Rodriguez spent time as fianceés, Page Six reported.

Affleck in 2005 married actress Jennifer Garner, together having three children, Violet and Seraphina and Samuel. After their divorce, Affleck and actress Ana De Armas dated until 2021, per the outlet.

After getting back together last year, the duo took the next step in April when Affleck, 50, proposed to Lopez, 53, with an 8.5-carat green diamond ring valued at approximately $10 million, per Page Six.

As previously reported by theGrio, married actors Ryan Reynolds and Blake Lively publicly apologized in 2020 for holding their 2012 wedding ceremony at the Boone Hall, a former plantation in South Carolina where enslaved people had been beaten and killed.

“It’s impossible to reconcile. What we saw at the time was a wedding venue on Pinterest. What we saw after was a place built upon devastating tragedy,” Reynolds said.

Since, per a previous theGrio report, Pinterest and other websites have agreed to change their policies around how they market former slave plantations after they were contacted by Color of Change, a national civil rights advocacy organization.