In an interview with theGrio, Prof. Tanya K. Hernández discusses how her book, “Racial Innocence: Unmasking Latino Anti-Blackness and the Struggle for Equality," unpacks the complicated relationship between Latinos, Afro-Latinos, and African Americans, who are often presumed to be allies.

When Black Lives Matter protests were at their peak in 2020, one group’s protest signs had a notable message: “Latinos for Black Lives.”

But for some Afro-Latinos and African Americans, the message overlooked problems on the homefront.

“Black Lives Matter is not just about somebody else’s struggle that we get to dip in and out of when it’s convenient, when we’re not otherwise busy, etc.,” says Professor Tanya K. Hernández, Fordham University law professor and author of the new book Racial Innocence: Unmasking Latino Anti-Blackness and the Struggle for Equality (2022, Beacon Press) in a recent interview with theGrio.

“It’s got to also be about the ways in which we are also part of the problem of racism and also part of identifying with Blackness.”

Professor Hernández’s latest book sets out to expose the specific ways some Latinos are part of the problem while debunking the myth that being a “person of color” exempts Latino individuals and Latin communities from practicing racism against Black people. Each chapter unpacks how anti-Blackness can show up in everything from media to employment, housing to education, and dating to beauty standards.

It’s a bold undertaking, considering how society has often proven itself uncomfortable with discussing incidents of racism in Latino communities against Black people across the diaspora, including African Americans and Afro-Latinos.

“Latinos themselves don’t like to admit that we harbor anti-Black bias, that we are part and parcel of systems of racism both within Latin America, the Caribbean, and in the United States,” Professor Hernández tells theGrio.

Professor Hernández says efforts that attempt to highlight Latino anti-Blackness are often dismissed as “divisive” and, as a result, overlook the real harm that Black people, within and outside of Latino communities, can experience.

“Racial Innocence” provides a deep analysis that helps contextualize high-profile news stories such as that of Miya Ponsetto, a mixed Puerto Rican woman who attacked a Black Puerto Rican boy in a hotel lobby in 2020, falsely accusing him of stealing her cell phone; or the 2016 fatal shooting of beloved school cafeteria worker Philando Castile by Latino officer Jeronimo Yanez during a traffic stop (Yanez was acquitted of manslaughter charges). 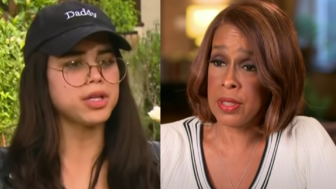 “Within the United States, discrimination is a very particular narrative. The narrative is this is something that white, Anglo, English-speaking Americans do to African-Americans, not anybody else,” says Hernández.

But the law professor blasts that narrative as both untrue and historically inaccurate. The majority of Africans (approximately 90%) who were stolen and trafficked during the trans-Atlantic slave trade were not sent to the United States but to the Caribbean and Latin America, including countries like the Dominican Republic, Cuba, Brazil, and Puerto Rico, meaning that these societies practiced race-based chattel slavery and prized white European colonizers at the top of social caste systems.  Even after slavery was abolished in these Latin and Caribbean countries, anti-Black sentiment and segregation still existed, even if they were not legislated in the same ways.

“Within Latin America, in the Caribbean, there was Jim Crow segregation,” Professor Hernández tells theGrio. “It was customary law… The state dedicates financial resources to policing and regulating white-only spaces.”

Professor Hernández says that to this day, there are many restaurants, clubs, and public spaces in Latino communities that are hostile to Black people of all backgrounds, including Afro-Latinos who may themselves speak Spanish or are supposed to be in-group members.

Despite historical examples of political and personal partnerships between Latino communities and African Americans in the U.S., such as the Black Panthers and Young Lords in 1960s New York City,  the presumed alliance has not always manifested the same way in different regions of the country or social moments of critical importance.

Professor Hernández puts her law expertise on display in Racial Innocences as she analyzes numerous discrimination cases filed by Afro-Latino and African American victims who experienced racism and discrimination at the hands of Latinos.

In one instance, a Latino Denny’s manager in Miami refuses to serve a majority group of Black patrons, claiming the kitchen was “closed” despite serving other patrons. In another instance in New Mexico, a Latina cashier accuses a Black American customer of paying with counterfeit bills but unknowingly accepts the same money from his non-Black Latina wife, who returned to the store later to make a purchase.  In both cases, the Black plaintiffs won settlements. 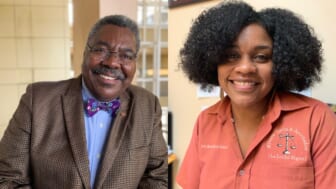 For many Latinos who grow up in multiracial communities and households—a fact that’s held up as evidence that most Latinos couldn’t possibly be racist—Professor Hernández says anti-Blackness is also expressed in personal and intimate ways, even against their own darker family members.

“When it comes to Latino racism, the family is the scene of the crime,” writes Professor Hernández, noting common phrases across Latin cultures such as “pelo malo” (meaning ‘bad hair’ in reference to coily African hair textures) and “adelantar la raza” (“advance the race” by marrying white or light-skinned partners).

When asked about receiving any backlash from her community for documenting and highlighting issues of Latino anti-Blackness, Professor Hernández, who is of Puerto Rican descent and identifies as Afro-Latina, says her Black ancestors are a source of inspiration.

“I do it for my children. And the children that come after them who need for these issues to be talked about in a very forthright manner,” Professor Hernández tells theGrio. “The longer that we continue to treat these things as taboo or unimportant, because it’s not like ‘real racism,’ whatever that means, then the longer these things continue.”

Like the “Latinos for Black Lives” signs that littered the streets in the wake of George Floyd’s death in 2020, words without a plan for action in allyship from Latino communities don’t amount to change, says Professor Hernández.

“It’s no longer just about an attitude. These are the people who are excluding folks from being able to purchase homes, from getting pay raises, from being hired. Those are systems of racism. And when Latinos are actively engaged in excluding Blackness, whether it’s from Afro-Latinos, African-Americans, Africans or other persons from the African diaspora, they are part of the problem of racism.”