The fight to end anti-Black racism and injustice extends to the Caribbean and Latin America too. 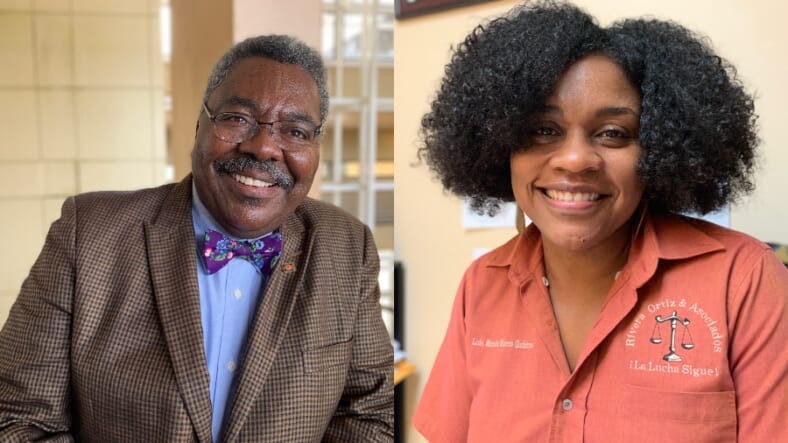 This story was supported by the Pulitzer Center.

CAROLINA, Puerto Rico- When Marcos A. Rivera Ortiz, Esq. walks into his law office, the walls are covered in reminders that justice isn’t always blind.

On this day, Rivera is dressed to the nines, in a brown plaid suit and purple bowtie, speckled with blue flowers decorating his neck.

Rivera’s small salt-and-pepper gray afro is neatly trimmed to match his full mustache. Warm eyes beam from behind a pair of thin-rimmed glasses on his dark brown skin.

As office assistants busily type, and his young grandson dips in and out of the hallway playing with toys, Rivera describes each of the framed pictures bearing his face.

He points to a photo of himself and boxer Muhammad Ali.

“1974 in Puerto Rico,” Rivera says in Spanish, his melodic voice booming with pride.

He stops at another photo of himself.

“And here, defending civil rights at a conference.”

He moves on to the next framed picture, reading the headline of a news article featuring his picture and a photo of Afro-Puerto Rican reggae artist, Tego Calderon:

“Lawyer defends the blackness of an artist”

In Puerto Rico, a society often touted as a racial utopia where discrimination doesn’t exist, these walls tell the story of a man who believes it does.

“The government of Puerto Rico does not recognize the existence of racism — but it exists,” Rivera tells theGrio. “If you go to any government organization and you’re Black, you don’t get the same treatment as if you were white.”

“There are two important issues: economic power and social power,” Rivera says. “Here, the ones who are the richest are able to keep the power. White people can reach where Black people can’t reach.”

As a Black man, who identifies as negro or an afro descendiente (afro descendent), Rivera wants to bring visibility to both the plight and pride of Black people in Latin America and Puerto Rico.  It’s the subject of a book he wrote in 2001 called “Justicia Negra” (Black Justice).

“Since [1976] I’ve been fighting to help black people who are being discriminated against,” Rivera tells theGrio, while sitting in his office at Bufete Rivera Ortiz & Asociados. “I started the town of Loíza in my hometown, a predominantly Black town. We are proud of our culture. We are proud of our descent from our African roots.”

Loíza was originally founded by enslaved Nigerians in the 1600s. African-inspired traditions, such as bomba dancing and drum-playing, have been maintained throughout the centuries, and to this day, Loíza has the highest population of Puerto Ricans who identify as Black. According to the 2010 U.S. Census, the majority of Puerto Ricans identified themselves as white-only, even though many have mixed racial ancestry.

“Spanish, the African and the Indians that were here … no one can say ‘I am purely white,’” Rivera says. “I’m very proud to be black, and I defend my race, and when I became a lawyer I said ‘I’m going to defend mine.’”

“I’m very proud to be black, and I defend my race, and when I became a lawyer I said ‘I’m going to defend mine…'”

The son of parents who never attended college, Rivera earned a law degree from Universidad Interamericana in 1976 and became one of the few Black attorneys to open his own law office in Carolina on the island’s northeast coast. In all his years practicing law, Rivera says he never experienced outright discrimination on the job, except for one time:

“By a judge, who did not allow me to speak with her in the Chamber of Deputies because there was a white man waiting to see her; she preferred to speak with the Blanco (white man) and not with me,” Rivera recalls.

“That’s the only time I’ve ever felt discrimination. Because they already know me and don’t dare. But a rich white man wouldn’t let me marry his daughter,” Rivera says with a laugh.

While Rivera’s office handles all kinds of cases, it’s the ones that relate to race, police brutality and discrimination that tug at his heart.

Rivera insists territorial police may not have enforced legal segregation like police stateside did against Black citizens during the Jim Crow era, but police prejudice still rears its head. And even Black police officers are not immune to bias.

Since 2013, Puerto Rico’s police department has been under a federal court order to reform, after officers were accused of police brutality, corruption and violating people’s constitutional rights. One of the areas of compliance for reform is nondiscrimination and equal protection under the law.

Rivera’s latest case involves a 22-year-old man, who was stunned with a Taser gun by police one year ago during a personal family dispute. According to Rivera, who represents the man’s family, the incident left him in intensive care. Now the case is in court, as prosecutors work to determine discrepancies between police officers’ testimony and witnesses who say police used excessive force. A hearing for the trial was delayed recently due to Tropical Storm Karen’s looming arrival.

Maraliz Rivera Gutiérrez, Esq., is one of the lawyers at her father’s firm. Her shirt reads “¡La luche sigue!” or “The continues!” (Photo by Natasha S. Alford/theGrio)

Rivera claims cases like these are common, but there have been fewer anti-police brutality movements led by Black residents than in the United States. According to him, outside of the American Civil Liberties Union, race-conscious police accountability organizations in Puerto Rico haven’t grown to the same power or influence.

This story was produced in partnership with the Pulitzer Center on Crisis Reporting.

“I directed a group called Punto Negro to create consciousness: ‘Look, if someone is discriminating against you, say something! Claim your rights and demand to be respected!’” Rivera urges participants.

Rivera’s leadership is something that has inspired one of the young Black lawyers in his firm, Maraliz Rivera Gutiérrez, Esq. She just so happens to be his daughter, too.

“Because of that hope, everyone recognizes him as the one who fights for the rights of Black people.”

Rivera Gutiérrez was not only inspired to attend law school thanks to her father but also to speak her mind unapologetically.

“I always had problems at school because of that because I was the one who was always fighting for what I thought and what I believed,” she recalls.

“Many times they used to tell me ‘You are too problematic’ because I was always taking part in discussions, saying ‘I don’t believe in any of that,’ always ‘prove it to me,’ always ‘bring me evidence.’”

Marcos A. Rivera hugs his young grandson, who is also pictured in a painting above his office desk. (Photo by Natasha S. Alford/theGrio)

She now brings that analytical mindset to court, where she has even represented a female police officer who accused municipal agents of sexual harassment and racial discrimination.

Rivera Gutiérrez is also defiant when it comes to traditional mainstream beauty standards. In a society where many Afro-Latina women are expected to wear their hair straight or chemically relax pelo malo (“bad hair”) she proudly rocks natural, unprocessed hair.

Her confident example is closely watched by her 4-year-old son, who plays around the law offices on the day of this interview. A large portrait of the boy wearing an afrocentric hat sits above her father’s desk.

“I have tried to educate my son,” Rivera Gutiérrez says. “To get him to know his heritage, his color, his race and teach him to value it… and defend it. If you’re sure of your color, you don’t have to get upset by being called ‘Black.’”

As all eyes are were on Puerto Rico this past summer during political protests led by citizens calling for an end to sexist, homophobic and classist ideologies from the elite, both Rivera and his daughter and fellow attorney, Rivera Gutiérrez, see opportunities to highlight instances of racial injustice, inside and outside of the criminal justice system.

“I am glad that the people rose up and demanded the departure of an abusive and corrupt governor,” says Rivera, referring to the ouster of Ricardo Rosselló. “Because that is an example for the Black man also to learn to stand up for justice. It is part of the same process.”

Editor’s Note: Quotes from these interviews have been translated from Spanish to English.

This story was updated on 9/24/19 to reflect the latest status of Rivera’s case. 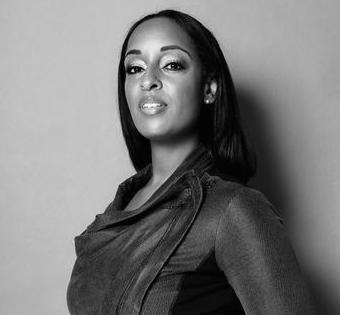 Natasha S. Alford is an award-winning journalist, digital host and deputy editor of theGrio.  Her story series on Afro-Latinx lives was supported by a grant from the Pulitzer Center on Crisis Reporting. She is a 2019 Maynard 200 Fellow with a focus on investigative storytelling. Follow her news and culture updates on Instagram and Twitter at @NatashaSAlford.