Thanks to the new carriage arrangement, HBCU GO will now be available in 70% of Black households and 60% of households across America.

HBCU GO has inked yet another distribution deal.

Allen Media Group, which owns theGrio and the free streaming digital platform HBCU GO, announced Friday that it has secured nationwide clearance for the 2022–2023 sports season as part of a new carriage agreement with CBS owned–and–operated duopoly stations.

“Allen Media Group is thrilled that the CBS O&O stations have joined our excellent group of broadcast television station partners to increase the reach of HBCU GO’s high-quality sports programming,” Byron Allen, the founder, chairman and CEO of Allen Media Group, said in a joint statement with CBS. “We are proud to amplify these amazing athletes and HBCUs, while at the same time helping to finance the education of these young adults. Now sports fans across the country will have access to best-in-class games from America’s HBCUs.”

“We are honored to work with our partners at Allen Media Group to bring live broadcasts of HBCU football games to our audiences in 12 major markets,” said Wendy McMahon, president and co-head of CBS News and Stations. “As a Louisiana native and football fan, I am personally and professionally proud to play a role in having our stations shine a light on Historically Black Colleges and Universities and the student athletes who are living out their dreams both on the field and in the classroom.” 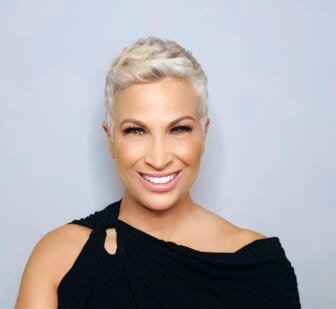 In addition to receiving permission to broadcast on the CBS duopoly stations, HBCU GO, the nation’s top media platform for HBCUs, has also obtained distribution through group-owned stations. These include Allen Media Broadcasting, Nexstar, Cox, Gray, Scripps, Tegna, Sinclair, Hearst and Tougaloo College. Its programming is also available on HBCUGO.TV, Roku, Amazon Fire TV and Apple TV, plus programming may be accessed by downloading the HBCU GO app.

HBCU GO will kick off the fall sports season on Saturday, Sept. 3, with a pre-season show starring an array of NFL veterans, Black College Hall of Famers and HBCU alums.