Water pressure returns to Jackson, Mississippi, with limits on how to use tainted H2O

Jackson residents are still advised not to drink, brush teeth, make ice, cook or wash dishes with tap water unless it's been boiled.

Jackson, Mississippi, residents now have steady flowing water, but there are restrictions on how it can be used because the water is still contaminated.

The Clarion Ledger reported that Jackson dwellers are still subject to the same boil-water notice that has been in effect for more than a month. They’re advised not to drink, brush their teeth, make ice, cook or wash dishes with tap water unless it has been boiled for at least one minute.

Mississippi Governor Tate Reeves and Jackson Mayor Chokwe Lumumba both stated that the boil-water alert will likely be lifted in the next few days, despite state and local officials’ reluctance to give a specific time frame.

“I have found that in disasters such as this, it is better for leaders to under-promise and over-deliver,” Reeves said at a news conference Monday, according to The Clarion Ledger. “I think you will be able to measure that in days, not months or weeks.”

The 120 sample locations dispersed throughout the city must produce two straight days of clear test results for the boil-water advisory to be lifted. Due to the low water pressure, testing was put on hold two weeks ago when Jackson experienced severe rain.

Bathing, showering, washing hands and doing laundry are all possible and fine to do in Jackson now that water pressure is strong enough throughout the city. All of those activities are reportedly risk-free — as long as no tap water is ingested. 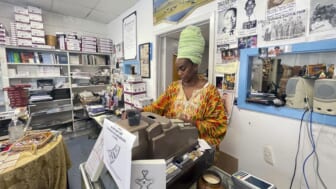 Many Jackson residents are concerned that even if the city’s water does not have high turbidity or harmful bacteria — both of which can result in boil-water notices — it may still not be safe to drink. However, Reeves, Lumumba and Jim Craig, director of health protection for the Mississippi State Department of Health, have all asserted that Jackson’s water, which was also shown to have traces of lead in 2021, will indeed be safe for use once the boil-water alert is lifted.

Reeves and Craig announced Monday that the O.B. Curtis Water Treatment Plant would undergo investigative testing, and if the tests were successful, they would quickly move on to the multi-site testing required to lift the boil-water advisory.