The city’s population is now more than 80% Black, with about 25% of its residenThe city water system partially failed early this week after Pearl River flooding exacerbated longstanding problems in one of two water-treatment plants. 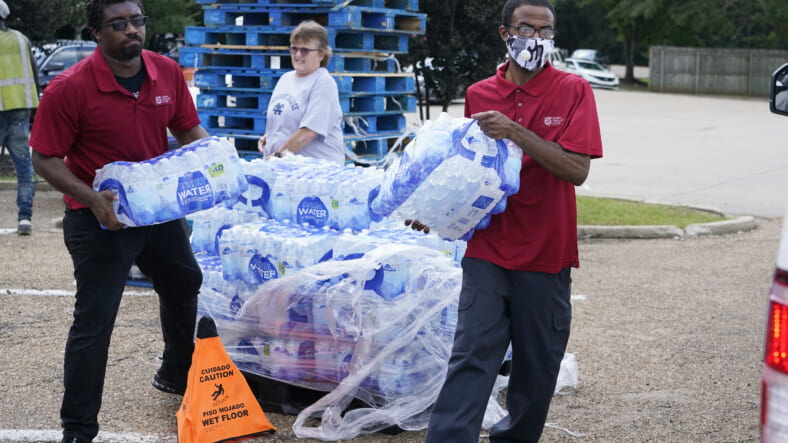 JACKSON, Miss. (AP) — The water pressure at James Brown’s home in Jackson was so low the faucets barely dripped. He couldn’t cook. He couldn’t bathe. But he still had to work.

The 73-year-old tree-cutter hauled bags of ice into his truck at a gas station on his way to a job Wednesday after several days without water.

“What can I do? I’m just a pawn in a chess game,” he said during one of multiple trips to and from the store. “All I’ve got to do is just try and live.”

President Joe Biden late Tuesday approved an emergency declaration for the state of Mississippi. On Wednesday, he called Jackson Mayor Chokwe Lumumba to discuss response efforts, including support from the Federal Emergency Management Agency, the Environmental Protection Agency and the Army Corps of Engineers. The mayor also said he had a separate telephone conversation with Vice President Kamala Harris.

Beyond addressing the immediate crisis, Biden said he wants to provide federal support for the long-term effort to rebuild Jackson’s aging water infrastructure, which has been unreliable for years.

Lumumba said Jackson’s water system is troubled by short staffing and “decades of deferred maintenance.” He said the influx of water from torrential rain changed the chemical composition needed for treatment, which slowed the process of pushing water out to customers. 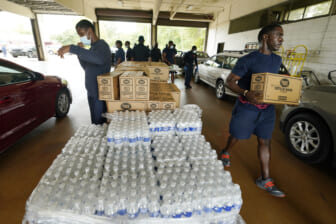 A city news release said the main water-treatment plant had “challenges with water chemistry” Wednesday, which led to a drop in output of water. That caused depletion of water tanks and a sharp decrease in water pressure.

Even before the service disruption, Jackson’s 150,000 residents had been boiling their drinking water for the past month because officials said it could cause digestive problems.

Brown said Wednesday that he’d stopped at the grocery store to buy four cases of water before picking up the ice. A lifelong Jackson resident, he said people there have been living without access to consistent water for years — even when there is pressure, residents often have to boil it to drink and cook.

A cold snap in 2021 left tens of thousands of people without running water after pipes froze. Similar problems happened again early this year, on a smaller scale.

Like many cities, Jackson faces water system problems it can’t afford to fix. Its tax base has eroded the past few decades as the population decreased — the result of mostly white flight to suburbs that began after public schools integrated in 1970. The city’s population is now more than 80% Black, with about 25% of its residents living in poverty.

Lumumba said Tuesday that fixing Jackson’s water system could run to “quite possibly the billions of dollars.” Mississippi is receiving $75 million to address water problems as part of a bipartisan infrastructure bill. Jackson is receiving about $31 million through the EPA’s revolving loan funds for treatment and distribution system improvements.

During a Wednesday news conference, White House press secretary Karine Jean-Pierre said the EPA is deploying personnel to Jackson for an emergency assessment of the treatment plants and to streamline the delivery of repair equipment. FEMA has personnel at the state emergency operations center and is coordinating with the state emergency management team to identify needs, she said. 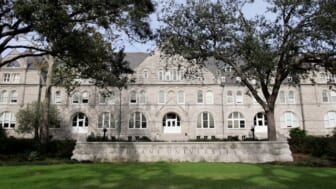 Mississippi Gov. Tate Reeves declared a state of emergency for Jackson’s water system Tuesday. The state will try to help resolve problems by hiring contractors to work at the O.B. Curtis water treatment plant — the facility at the root of Jackson’s water woes. The plant was operating at diminished capacity with backup pumps after the main pumps failed “some time ago,” Reeves said.

In a video posted to Twitter, the Mississippi Emergency Management Agency said an emergency rental pump had been installed Wednesday at the O.B. Curtis. Broken pumps at the plant resulted in decreased water pressure and some outages.

Bobbie Fairley, who has lived in Jackson her entire life, owns Magic Hands Hair design in south Jackson. The 59-year-old said she had to cancel five appointments Wednesday because she needs high water pressure to wash chemicals out of hair during treatments.

She has had to purchase water to shampoo hair to try fit in whatever appointments she can. When clients aren’t coming in, she’s losing money.

Jackson State University had to bring in temporary restrooms for students and was waiting on the delivery of portable showers Wednesday, President Thomas Hudson said.

Hudson said the city’s water issues have been an ongoing challenge for the historically Black university as it has worked to attract students. 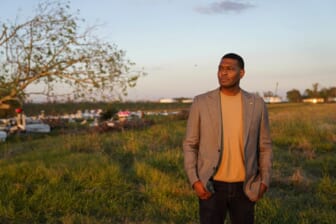 “It does make it difficult in terms of what we’re trying to do, our core mission, which is education,” Hudson said.

He said the university is starting work on a plan for a standalone water supply system using some of the federal funding made available to historically Black colleges and universities.

Shannon Wilson, whose daughter just started her sophomore year at Jackson State, said her daughter’s dorm regained some pressure, but the water coming out is brown. Her daughter left to stay with a friend off campus. But Wilson, who lives in St. Louis, can’t help but worry about her.

“We are feeling helpless,” Wilson said. “Being over 500 miles away from Jackson, there is nothing I can do but worry.”