Relatives of enslaved man, who helped Union troops, hold ceremony to tout his role in history

The descendants of formerly enslaved man, Archer Alexander, who helped Union soldiers during the Civil War, will celebrate his role in history with a memorial service later this month.

The event will take place on Sept, 24 at a cemetery in Missouri where he was buried in 1880, according to the St. Louis Post-Dispatch. According to historian Dorris Keeven-Franke, about 12 of Alexander’s descendants will hold the memorial service on the day that marks the anniversary of the date in 1863 that the military declared him a freedman.

“The public doesn’t know Archer, they don’t know what he did, how he saved the lives of many troops and risked his own life,” said Keith Winstead, 71, a great-great-grandson of Alexander.

The public may also not know that Alexander was the great-great-great-grandfather of boxing legend Muhammad Ali.

Alexander, who was an enslaved person on a farm near St. Louis when the war began on April 12, 1861, earned his freedom for betraying his enslaver by assisting the Union during the Civil War, The Washington Post reports. Upon learning that Black people were joining the Union in an effort to gain freedom, Alexander devised his own plan of escaping bondage.

“He had pretty well outgrown the spirit of bondage, and was already entered upon that of freedom. He was quite prepared to do his part in breaking his chains,” wrote the Rev. William Greenleaf Eliot in  “The Story of Archer Alexander: From Slavery to Freedom,” published in 1885, according to The Post. The author was the grandfather of poet and playwright T.S. Eliot. 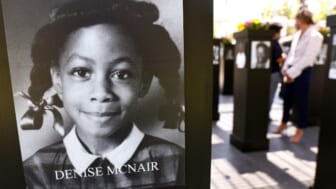 Alexander would become aware that Confederate sympathizers had deliberately sabotaged a bridge that Union troops would cross and would walk five miles to warn a Union loyalist about the damaged bridge. The troops “repaired the bridge before crossing it,” Eliot wrote, the Post-Dispatch reports.

When Alexander’s enslaver learned what he had done, he threatened to punishment him, prompting him to flee. Alexander eventually met Eliot and hired on as a groundskeeper but was ultimately “abducted” by three men “as a fugitive slave and taken to jail.”

Eliot, who taught at Washington University at the time, sent a letter to Alexander’s owner, requesting to buy “your man Archer, or Archie, if it could be done for a small sum, in order to emancipate him.”

According to Eliot in “The Story of Archer Alexander,” the owner replied, noting that, “He didn’t mean to play into the hands of any Yankee Abolitionist; that he’d have the [n-word] yet, and take it out of his black hide.”

Unfortunately, Eliot’s letter contained clues about Alexander’s whereabouts and the latter was captured once again but ultimately rescued from the slave-catchers, according to The Post. Eliot then helped Alexander flee to Illinois but Alexander would eventually return to Missouri to be closer to his wife Louisa and their 10 children.

In recognition of his service to the Union Army, a Union brigadier general declared Alexander a free man, the Post-Dispatch reports.  He died around 1880 in St. Louis. “His last words,” according to Eliot, “were a prayer of thanksgiving that he died in freedom,” The Post reports. 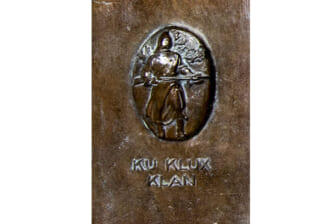 In  2018, St. Charles County named a creek after Alexander. His image and likeness were also used to depict a formerly enslaved man slave in a controversial Abraham Lincoln monument in Washington, D.C.’s Lincoln Park, the Post-Dispatch reports.

The memorial service is scheduled to begin at 1 p.m. local time on Sept. 24  in St. Peter’s Cemetery on Lucas and Hunt Road in Normandy, Missouri, where Alexander is buried. An observance in downtown St. Charles in front of the old post office building will precede the service, according to the Post-Dispatch.