The post comes six months after Will Smith slapped Chris Rock at the 2022 Oscars for comparing her bald head to "G.I. Jane”

Jada Pinkett Smith hit up Instagram with a selfie as part of her proudly proclaiming Tuesday “Bald Is Beautiful Day.”

“Happy Bald is Beautiful day to all my brothers and sisters with no hair❣️❣️❣️,” she captioned the photo, showing off her glowing shaved head, PEOPLE reports.

Pinkett Smith also celebrated other bald women on Tuesday in a new clip shared on Red Table Talk’s official Instagram page. The post drew numerous comments. “I feel like every woman should cut their hair all off once in their life,” one person said.

Another confessed, “I was bullied by my own brothers because of my hair. It was the only distinction I had from the other kids in class (I integrated). It’s been the toughest part of me to love unconditionally. I have a sew-in now, but eventually will have to confront my demons on this topic and take it down.”

One Instagram user referred to the infamous Oscar slap and noted that if Pinkett Smith is so confident and “secure” with her bald head, then why all the fuss over Chris Rock’s joke at the “94th Academy Awards.”

The Tuesday posts come six months after her husband Will Smith slapped Rock at the 2022 Oscars for comparing Pinkett Smith’s bald head to “G.I. Jane.” At the time, Rock was reportedly unaware that the veteran actress has been struggling with hair loss for years. 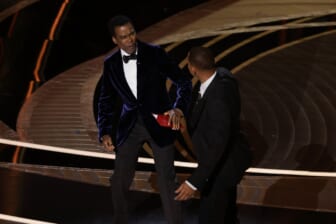 Also Read:
Chris Rock says he was slapped by ‘Suge Smith’ in wake of Will Smith apology video

TheGrio previously reported that Will Smith, who won Best Actor at that Oscars ceremony, posted a video apology in July in which he revealed that he attempted to contact Rock after slapping him but received word from Rock’s team that the comedian is not yet ready to talk to him about it.

As Page Six reported today, Pinkett Smith spoke publicly about her battle with alopecia in 2018 on “Red Table Talk,” her Emmy-winning Facebook Watch show. “I’ve been having issues with hair loss,” she said at the time. “It was terrifying when it first started. I was in the shower one day and had just handfuls of hair in my hands and I was just like, ‘Oh my God, am I going bald?’”

Pinkett Smith admitted that the moment “was one of those times in my life where I was literally shaking in fear.” 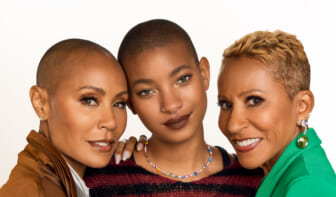 By the time of a December 2021 Instagram video, Pinkett Smith had become more accepting of her alopecia. “Now at this point, I can only laugh,” she said, smoothing her fingers over a scar that she noted could be mistaken for a brain surgery incision. She added, “Mama’s goin [gonna] put some rhinestones in there. I’m just goin [gonna] make me a little crown. That’s what Mama’s goin [gonna] do.”

In response to Pinkett Smith’s Bald is Beautiful Day post on the “Red Table Talk” Instagram page, one person wrote about having a shaved head for several decades. “I’ve been shaving my head since my 30’s. I’m now in my 60’s & still getting those WOW comments.”