“As Black people, learning how to swim is one of the most powerful things that you can do because it opens up your world,” founder Paulana Lamonier said.

64% of Black children in the U.S. have little to no skills in the water, compared to 40% for white youths, according to the USA Swimming Foundation.

Addressing the discrepancy, among the lasting impacts of racial segregation, is 31-year-old Paulana Lamonier, who launched Black People Will Swim in 2019 to promote safety skills and “smash” stereotypes that continue to deter Black children from the pool, per CNBC.

The Long Island, New York native received hundreds of nationwide responses to a tweet she posted in 2019 about wanting to offer a swim lesson for 30 Black people, and began raising funds to rent a pool and hire coaches, CNBC reported.

With around $5,000 in savings, Lamonier launched Black People Will Swim in January 2020. Despite being unable to hold lessons due to COVID-19 restrictions, she was able to crowdfund $8,500 throughout 2020 and 2021 when the program first began meeting.

After a long search to secure a facility, Lamonier and four co-instructors coached 60 students of all skill levels starting from the age of two during Black People Will Swim’s first summer of operation in 2021. The program increased its membership to roughly 100 participants by 2022, as reported by CNBC.

The Haitian-American entrepreneur, who captained the swim team during her time at CUNY York College in Queens and trained as a swim instructor while working at a YMCA after graduation, told Refinery29 that while stereotypes related to Black people swimming persist, the histories behind them are often overlooked. 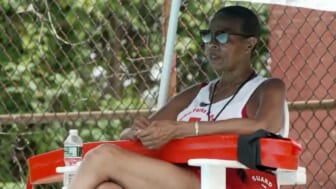 Also Read:
Grandma, 70, takes lifeguard job to get kids in the pool, off the streets where 100 have been shot

“People so rarely understand the nuance and the history behind why swimming is such a touchy subject in our culture,” she told the outlet.

As previously reported by theGrio, veteran swim instructor Iilonga Thandiwe told the Atlanta Journal-Constitution that the reason, in part, is “intergenerational fear,” which has stunted the growth of Black swimming culture since well before the Jim Crow era.

As noted in the report, swimming pools were widely accessible in the 1920s, but only to white people. America’s dark history of segregated public pools has had a lasting effect on the Black community. In the ’60s, white violence against Blacks at public pools served as a deterrent, along with race and class barriers that made it challenging for African Americans to learn to swim.

In the generations since Jim Crow-era segregation was outlawed, swimming has remained an activity that is not widely accessed by Black communities, partially due to prevailing falsehoods that have been accepted as truths.

“We had a student of ours who said she couldn’t swim because her bones are too dense. And I realized, ‘OK, if she’s taking that as her truth, how many other people actually believe that they can’t?'” Lamonier told CNBC, adding that this experience inspired the company’s mission of “smashing the stereotype that Black people don’t swim.”

While the program is currently renting a privately-owned pool to hold lessons, Lamonier says she aims to continue raising funds through small business grants to open her own swimming facility in Long Island.

“I want Black People Will Swim to be one of the first Black-owned swimming facilities on Long Island,” she told CNBC. “And not only for Black people, but for Black and brown people to see themselves and see that it’s possible.” 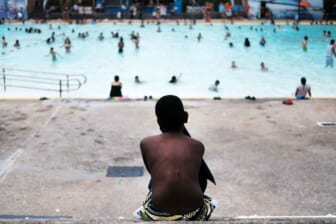 According to the outlet, Black People Will Swim has raised roughly $136,000 from grants. The program received $25,000 from American Express and $10,000 from Adidas.

Black People Will Swim currently has a wait list for lessons, which cost between $160 and $210 for six weeks of instruction. To learn more about the program, visit its website here.