Black kids, ages 11-12, drown 10 times more often in pools than white kids. A swimming instructor is working to change that.

Over 60% of Black children in the U.S. have little to no swimming skills, according to the USA Swimming Foundation.

Black children ages 11 and 12 are 10 times more likely to drown in swimming pools than white kids, and for this reason, a popular beach club in Atlanta is promoting swimming for Blacks and Hispanic children and adults.

As reported by the Atlanta Journal-Constitution, the vast majority of Black children in the U.S. are lacking when it comes to swimming, as 64% have little to no skills in the water, compared to 45% for Hispanic kids and 40% for white youths, according to the USA Swimming Foundation. And while hundreds of youths train at the Leslie Beach Club, very few are Black swimmers.

Veteran swim instructor Iilonga Thandiwe says the reason, in part, is “intergenerational fear,” which has stunted the growth of Black swimming culture since well before the Jim Crow era.

As noted in the report, swimming pools were widely accessible in the 1920s, but only to white people. America’s dark history of segregated public pools has had a lasting effect on the Black community. In the ’60s, white violence against Blacks at public pools served as a deterrent, along with race and class barriers that made it challenging for African Americans to learn to swim. 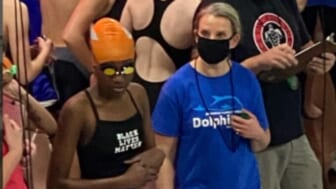 “We do not have a culture in our communities that encourages and supports swimming,” said swimming instructor Beverly Iseghohi, who is determined to change that mindset. “This skill can save your life.”

America’s swimming pool history is laid out in “Contested Waters: A Social History of Swimming Pools in America,” by author Jeff Wiltse, which explores how local governments kept public pools available only to white people for decades. 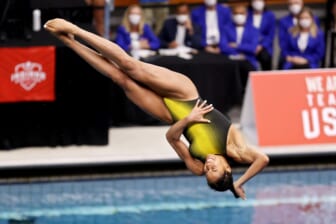 Iseghohi, 68, encourages her students to be fearless while trying to get more proficient in open-water swimming. During a recent session with more than a dozen women, one man, and three children at Lake Allatoona, Iseghohi had them swim into the chilly waters. Then, while they were 12 feet away from the shore, “they were to submerge their heads, tread, turn 360 degrees, float on their stomachs and backs, swim 25 yards across the lake, then return to her,” per AJC.

Iseghohi was 42 years old when she learned how to swim. Her motivation stemmed from the 2010 drowning of six Black teenagers in Shreveport, Louisiana’s Red River.

The incident reportedly occurred when one teen slipped and fell into the water and the others went in for a rescue attempt. The teens couldn’t swim either and drowned. The adults could only watch because they could not swim.

“The first thing that goes through my mind is this could have been prevented,” Iseghohi said. “If you learn the swim skills, it is far less likely that you are going to drown.”