D.C. pilot program to help homeless families includes up to $10,000 in cash

The Career Mobility Act Plan will give homeless families in Washington, D.C. as much as $10,000 for up to five years, career guidance and $200 monthly.

Washington, D.C. Mayor Muriel E. Bowser shared the results of a census in April that revealed there were 4,410 homeless people in the city, marking a 17-year low. She is now taking additional steps to decrease that number, including offering families up to $10,000 in cash.

According to The Washington Post, the Career Mobility Act Plan will invest around $25 million to aid 600 low-income families who do not require long-term housing assistance to transition from homelessness. For a period of up to five years, it will give families up to $10,000 in cash as well as career guidance and a monthly $200 savings deposit when a family pays their share of the rent.

It’s the latest initiative from the Bowser administration to give area families direct cash payments, following a $1.5 million cash assistance program introduced earlier this year for new and expecting moms in Wards 5, 7 and 8. The District of Columbia is also providing 15,000 low-income families a one-time payment of $1,000 to help them as they prepare for the school year.

“We’re telling families that we’ve got your back, but we want you to continue earning, learning and growing, so you’ll be able to handle all the things that those benefits have covered,” Bowser said Monday at the DHS service center on Taylor Street in Ward 4, a facility set to reopen in weeks after shutting its doors for renovations during the COVID-19 pandemic, The Post reported.

The initiative — offered to families enrolled in Washington’s rapid rehousing and family stabilization programs — will help Bowser control the “benefits cliff,” a barrier some program participants face when choosing jobs if their new wages are less valuable than the benefits they previously received.

All of the families will be chosen through a lottery, with the first 300 families being enrolled before the end of September. The remaining 300 will be enrolled next year using an additional $13.1 million. 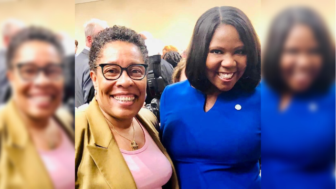 According to the data previously released by the Bowser administration, the total number of homeless people in the District of Columbia fell by 13.7 percent over the previous year and was down 47 percent from 2016, when Homeward DC came into practice. Homeward DC is the administration’s vision and strategic plan to make homelessness uncommon, transient and non-recurring.

Since then, the doors of a decrepit D.C. General shelter have been closed, and major investments have been made in preventative programs, transforming the family homeless services system. As a result, homelessness among families has decreased by 78 percent.

In a statement back in April, Bower said: “With the FY23 budget, we have the funding in place to end chronic homelessness, and in addition to the funding, we have the political will and the community support to make it happen. And we will.”

“These results are a culmination of years of working together — across government, with our community partners and providers, and with residents in all eight wards — to implement Homeward D.C. and build systems and resources that meet the needs of D.C. residents,” Bower continued in the statement. “While we are proud of these results, we know there’s more work to do.” 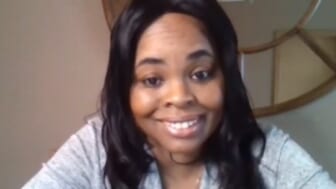 The Career Mobility Act Plan also comes as the administration attempts to increase homeownership — particularly among Black people — by providing first-time homebuyers with up to $202,000 in aid starting Oct. 1. TheGrio previously reported that the funding, which is a component of D.C.’s Home Purchase Assistance Program, will take the form of a low-interest loan, with homebuyers having up to five years to delay payments.

“[The Career Mobility Act Plan] program is going to help for our Ward 4 families,” said Ward 4 council member Janeese Lewis George, according to The Post. “We know that 15 percent of our Black families and Latinx families here are below the poverty line. And [the service center] will be a great resource for them. They’ll be able to come right here and won’t have to go downtown or any other place. We’re bringing resources to them.”