Black woman adds wellness center to the $1.1M building she bought to enrich her community

"The goal at ZaRah is to build a neighborhood oasis in health and wellness," said Minnesota activist Kenya McKnight-Ahad.

Kenya McKnight-Ahad is the founder of the Black Women’s Wealth Alliance, a Minneapolis group that aims to foster Black girl magic and build generational wealth. Since 2014, the organization has “served over 4,000 Black women, provided over $1,300,000 in small capacity grants and facilitated $780,000 in lending,” per the official BWWA website.

“I grew up around Black women struggling to make ends meet,” McKnight-Ahad said, as reported by The Star Tribune. “Mostly working-poor. Sometimes drug sales. I experienced street life and homelessness. But I always looked for a better life.”

McKnight-Ahad, 45, has a passion for helping to build up Black women whose professional goals parallel her own journey and experience. Currently, she is transforming a building in North Minneapolis, now named ZaRah, into a center for wellness services such as massage and acupuncture.

She reportedly paid $1.1 million for the complex, located at 1200-1210 W. Broadway Avenue, according to The Star Tribune. McKnight-Ahad previously occupied a space in the building but had to vacate it because she couldn’t afford the rent.

“She was back as a tenant when she called to buy the building, and it was the perfect full cycle,” said Stu Ackerberg, a Minneapolis developer-owner of the nonprofit Catalyst Community Partners. 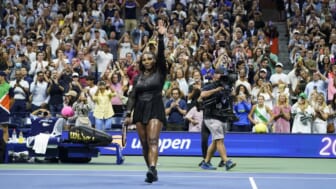 McKnight-Ahad acquired the building from Catalyst after Ackerberg and completed major renovations to the complex, such as adding a bakery cafe, The Star Tribune reported.

“Kenya has vision and courage,” Ackerberg said. “She hadn’t done real estate before. But we worked together. And she had this concept of creating a Black middle class on the North Side. She is part of changing times and turnaround on West Broadway.”

McKnight-Ahad was reportedly able to purchase the building through financing from Sunrise Banks, as well as a no-interest $500,000 loan from the Minneapolis Commercial Property Development Fund, per the Star Tribune.

“The goal at ZaRah is to build a neighborhood oasis in health and wellness,” McKnight-Ahad said. “Over $20 million annually leaves the North Side for these services. We will recycle those dollars and build wealth that helps build a Black middle class.”

Prior to winning two fellowships in community engagement and economic development, McKnight-Ahad worked for former Democratic Minnesota Rep. Keith Ellison. She also worked for the Northside Economic Opportunity Network. In 2014, she started BWWA with the goal of empowering Black women through economic wellness and financial freedom. 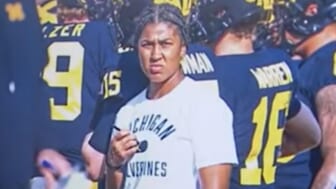 McKnight-Ahad plans to expand the space to accommodate veteran massage therapist Aisha Wadud, owner of Nura Holistic Massage & Bodywork. She also intends to replace the current cafe with a restaurant.

“Our vision is to be a consistent and sound resource for Black Women to build Black generational wealth,” per BWWA’s mission statement. “We build and invest in economic structures that educate, mobilize and equip Black Women with the necessary tools to build and retain prosperous futures for themselves, their families and their communities.”