The hiring of Dorrell was met with surprise because he had been out of college coaching for a while.

Colorado fired football coach Karl Dorrell after an 0-5 start in which the Buffaloes have been blown out by more than 20 points in each game.

Dorrell, 58, was brought in as a replacement when Mel Tucker bolted for Michigan State out of the blue in February 2020.

The hiring of Dorrell was met with surprise because he had been out of college coaching for a while. He was an assistant with the Miami Dolphins at the time, but had been UCLA’s head coach from 2003-07.

Dorrell, who had built a house in the Boulder area, agreed to a five-year, $18 million contract that ran through 2024. The buyout is approximately $8.7 million, but could be reduced pending his next job. His termination was first reported by ESPN.

Colorado waited to announce the news until after Dorrell had a chance to inform his staff and players in a meeting. Defensive coordinator Chris Wilson was also let go. 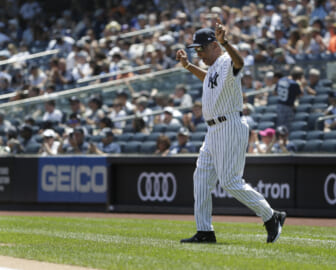 The Buffaloes are idle this week before hosting California.

Dorrell didn’t have much of an offseason program due to coronavirus restrictions his inaugural season, but led the Buffaloes to a 4-2 mark — they started 4-0 — and an appearance in the Alamo Bowl. Dorrell was named Pac-12 coach of the year.

It was downhill from there. Colorado went 4-8 last season and saw several key starters leave through the transfer portal. This season, Colorado has rotated through three quarterbacks in trying to ignite an offense that ranks near the bottom of the FBS ranks. The Buffaloes and rival Colorado State, who have a new coach in Jay Norvell, are the only two teams left in the FBS without a win.

“The results on the field just did not measure up to our expectations and standards, which made it necessary for us to make this change at this time,” Colorado director of athletics Rick George said in a statement. “It was an extremely difficult decision and I wish Karl all of the best in his future endeavors.”

This is what it’s come to in Boulder: George issued a statement last month to pacify fans after a 49-7 loss at Minnesota. He said he recognized and understood the disappointment as the team has not “come close to meeting our expectations.” He urged the fans to stick with the program and support the team.

The loss to Arizona became the final blow for Dorrell, whose team has been outscored by a 216-67 margin. The Wildcats were a team predicted to finish 11th in the Pac-12 preseason media poll, with Colorado last. The Buffaloes’ defense surrendered 673 total yards Saturday — the most since allowing 616 to Arizona in 2015.

Dorrell weathered some rocky moments over his time in Boulder. A year ago, he apologized after losing his cool and pushing a photojournalist’s camera on his way off the field following a 37-14 loss to Southern California.

He also came under fire last season for skipping his customary postgame radio show after a 30-0 loss to the Gophers. In addition, Dorrell drew scrutiny when players weren’t made available after a 55-23 loss to Texas in the Alamo Bowl. 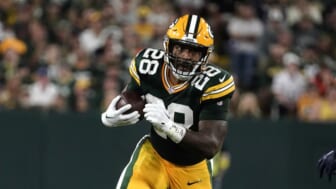 Since joining the Pac-12 in 2011, the Buffaloes have turned to coaches such as Jon Embree, Mike MacIntyre, Tucker and Dorrell to try to turn the Buffaloes around. MacIntyre led the Buffaloes to the conference championship game in 2016, but it was his only winning season out of six.

Tucker seemed to have the Buffaloes on the right path, bringing in several top prospects, before leaving for Michigan State after on season. That opened the door for Dorrell, who served as a receivers coach and later as offensive coordinator for Colorado in the 1990s.

A national search for a coach is expected to start soon.

“I fully support Rick in making this difficult decision to dismiss Coach Dorrell,” Chancellor Philip DiStefano said. “The football team is an important part of the university and I know our students, alumni, and fans have high expectations for a winning product on the field.”