The Divine 9 call on Congress to protect reproductive rights

OPINION: Black fraternities and sororities have launched the Tell Somebody campaign, which will mobilize communities to demand that Congress enact national legislation to restore abortion rights. 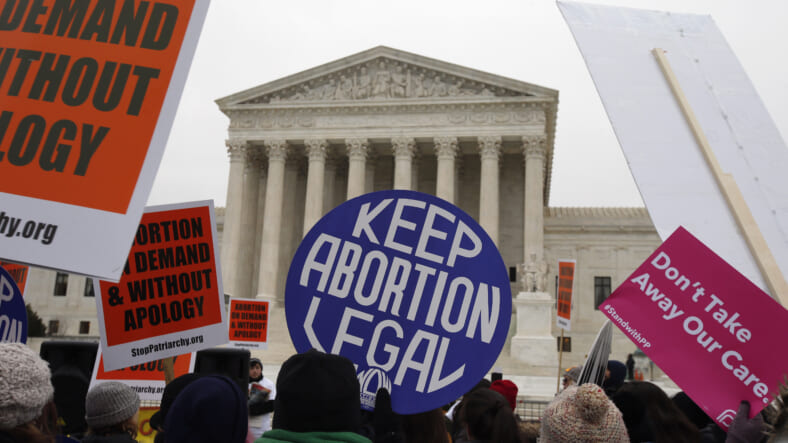 “I’m sick and tired of being sick and tired.” Fannie Lou Hamer’s answer when asked why she pushed for equal rights for African Americans, even after the Democratic Party refused to seat Black delegates at the party’s 1964 National Convention. Fast forward 58 years and African Americans are still disproportionately affected by American law and policies. 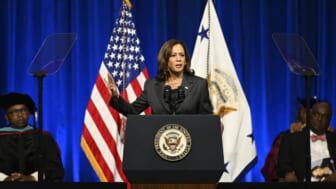 Beyond the horrific emotional and physical toll these incidents have, which may result in pregnancy, the fact that a state could force someone to carry a pregnancy and give birth against her will is devastating. Nonetheless, more than two dozen states have moved to restrict abortion or ban it altogether. Black women are also three times more likely to die from pregnancy-related complications than their white peers. This mortality rate among Black mothers is expected to increase by 33 percent in the wake of the law’s reversal.

These bans and restrictions affect approximately 10 million Black women of childbearing age, many of whom live in the South, where the lack of economic resources and access to health care is significantly reduced and life-altering. By striking down the constitutional rights afforded under Roe v. Wade, the Supreme Court has placed the lives of Black women at an even greater risk.

The issue of whether to end a pregnancy, for whatever reason, should be made by a woman and her physician. No form of government should stand in the way of that decision.

Phi Beta Sigma Fraternity, Inc., and the other members of the Divine 9, recognize that African-American women are the backbone of our communities and a leading force in American life. Most Americans see fraternities and sororities through the lens of college life. While the Divine 9 has chapters on many college campuses, the heartbeat and civic impact are directed by over one million college and post-college graduates who are committed to service and the well-being of our communities. We represent tens of millions of votes, and our collective annual budgets exceed $150 million.

For this reason, our fraternity and its fellow brothers and sisters cannot stand silent in the face of oppressive legislation sweeping our nation, unleashed by the Supreme Court’s dismantling of Roe v. Wade. Together, we are launching the Tell Somebody campaign and leading the charge to mobilize our extended family—including the churches we attend, the PTAs where our children attend school, the little league and sports organizations where we coach or cheer for our kids, and numerous other civic organizations we lead—until Congress takes heed of our demand for national legislation to protect women’s reproductive rights.

Every woman—no matter where she lives or whatever her financial resources—should have access to reproductive health care. The women whose rights we fight to protect are our wives, daughters, sisters, and mothers. Roe v. Wade protected those rights. Now Congress must exercise its power to reinstate those rights.

The Senate’s filibuster rule should not stand in the way of the needs of women and the will of the American people.  We call on the Senate to support federal legislation, reinstate national abortion rights and, if necessary, relax the filibuster to get it done. 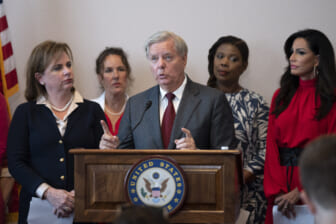 Also Read:
A nationwide abortion ban would hurt Black women the most

Join the conversation. Add your voice to that of “Black-ish’s” Jenifer Lewis (who narrated the PSA), the men and women of the Divine 9, and the myriad of celebrities and organizations who support this movement and #TellSomebodyNow. Learn more at Tellsomebodynow.org and call your senators. Contact information for members of the U.S. Senate can be found here.

Like Fannie Lou Hamer, we are tired of being tired. But rest assured, we will not rest nor will the millions of voters who look to the Divine 9 for guidance, leadership, and action until Congress does right by us!

Chris Rey, J.D. is the 36th international president of Phi Beta Sigma Fraternity, Inc., one of the nation’s historically Black fraternities committed to service to humanity.