A nationwide abortion ban would hurt Black women the most

OPINION: Legislation proposed by South Carolina Sen. Lindsey Graham offers a preview of Republicans' plans to roll back abortion rights if they ever gained full control of Congress and the White House. 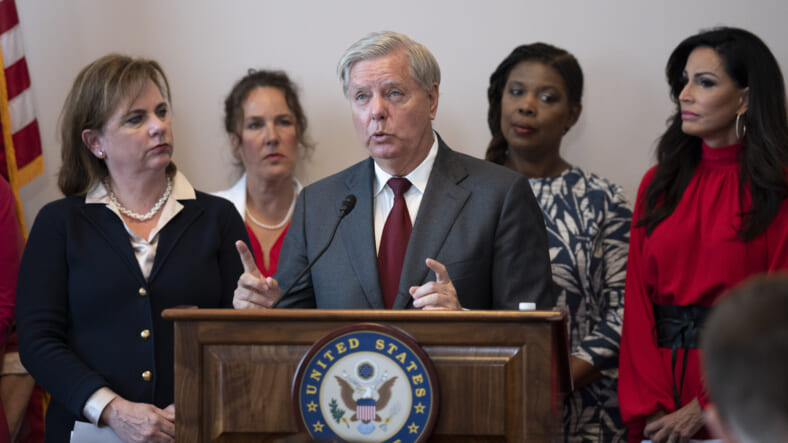 Black women and girls would be hit especially hard if Republican legislation introduced Tuesday to ban most abortions after 15 weeks nationwide ever becomes law. 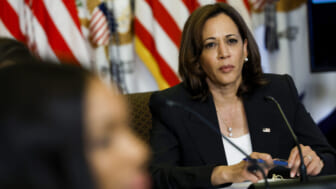 “I think we should have a law at the federal level that would say, after 15 weeks, no abortion on demand except in cases of rape, incest or to save the life of the mother,” Graham said.

While Black people make up about 13 percent of the U.S. population, almost 40 percent of women and girls who get abortions in America are Black.

The National Partnership for Women and Families reported in 2018 that Black women have more health problems arising out of pregnancy and die from causes related to pregnancy three to four times more often than white women.

The organization also found that hospitals that primarily treat Black patients provide lower-quality maternal care and that 75 percent of Black women give birth at such hospitals.

The same study reported that Black women have higher rates of unintended pregnancies than other women, many Black women don’t have access to quality birth control and 13 percent of Black women of child-bearing age don’t have health insurance.

In addition, the study found that Black women are more likely to face pregnancy discrimination on the job, and because they earn less on average than other women face far greater financial burdens raising children.

The lower income of Black women also makes it harder for them to find the money to travel to other states for abortions and take time off from work when abortion is outlawed in their home states.

According to Linda Goler Blount, president and CEO of the Black Women’s Health Imperative, pregnant Black women frequently lack access to adequate prenatal care. Frighteningly, she expects the death rate of pregnant Black women could jump by 30 percent or more and the Black poverty rate could increase by as much as 20 percent as tighter abortion restrictions take effect.

Fortunately, there is zero chance Congress will pass legislation like the Graham-Smith bills as long as Democrats maintain majority control.

But we can expect Republicans to try to pass an abortion ban after 15 weeks of pregnancy—or perhaps seek to ban abortion even earlier in pregnancy—if they succeed in winning House and Senate majorities in the midterm elections.

President Biden would certainly veto such an abortion ban. But if a Republican is elected president in 2024 and the GOP controls both houses of Congress, there’s a strong chance the Republican war on women’s freedom to choose whether to have children will achieve major victories.

This means that abortion rights and the freedom to access the full range of reproductive health care are on the ballot in the midterm elections. Everyone who believes women should have the right to control their own bodies should vote for Democrats at the federal and state level to restore that right, which was taken away in June when the right-wing anti-abortion extremists on the Supreme Court overturned the court’s 1973 Roe v. Wade decision.

Already, Republicans have succeeded in banning all or most abortions in 12 states. The most severe abortion bans—in Alabama, Arkansas, Kentucky, Louisiana, Missouri, Oklahoma, South Dakota, Tennessee, Texas and Wisconsin—don’t even allow abortion in cases of rape or incest. As if survivors of these horrific crimes haven’t suffered enough already.

Two other states ban most abortions after about six weeks before many women and girls even know they are pregnant. And let’s not forget many of those states provide no resources to help women navigate their pregnancies.

Many Republicans who denounced abortion during their primary campaigns to gain votes are now backpedaling. They’re removing references to the procedure from their websites and keeping quiet about the issue in their campaigns because they know most general election voters support abortion rights.

For this reason, the Graham-Smith legislation calling for a nationwide abortion ban after 15 weeks got the cold shoulder Tuesday from many Republicans on Capitol Hill. They’re focused now on winning control of the House and Senate in November and want to hide who they really are, like the proverbial wolf in sheep’s clothing.

But make no mistake. Many Republicans who want to keep mum on a nationwide abortion ban in September and say the issue should be up to each state will no doubt renew their war on women’s rights after Election Day. 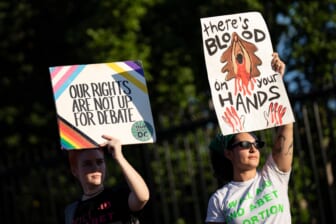 If Republicans ever succeed in banning abortion across the U.S., women will have to travel to Canada, Mexico or other countries to get a legal abortion—a trip many Black women couldn’t afford—or would more likely get an illegal abortion in the U.S. that puts their health and even their lives at risk.

On the other hand, if Democrats hold onto their House majority in November and pick up Senate seats so they can eliminate the filibuster that requires a supermajority to pass legislation, there’s a good chance they could pass a bill restoring reproductive freedom nationwide that could be signed into law by President Biden. That’s a law we desperately need today.

Women are not baby-making machines with no right to decide how many children to have and when to have them. The days of slavery are long gone. We have the right to determine our own futures.