Man convicted of killing 6 with SUV in Christmas parade

It took the jury a little over three hours to find Darrell Brooks guilty of all 76 charges, including six counts of first-degree intentional homicide.

MADISON, Wis. (AP) — A Wisconsin man was convicted Wednesday of killing six people and injuring dozens of others when he drove his SUV through a Christmas parade, wrapping up a trial in which he defended himself with bizarre legal theories and erratic outbursts.

It took the jury a little over three hours to find Darrell Brooks guilty of all 76 charges, including six counts of first-degree intentional homicide. He faces a mandatory life sentence on each homicide count.

Brooks, dressed in a suit and tie, silently rested his head on folded hands as the verdicts were read. His subdued demeanor was a stark departure from previous days of the trial, when his sometimes-outrageous behavior drew rebukes from the judge.

Judge Jennifer Dorow scheduled a hearing Monday to set a date for sentencing, when victims and their families will be able to make statements.

Tyler Pudleiner, who was performing with the Waukesha South High School band when he was hit by Brooks’ SUV, told reporters Wednesday that the convictions will help all the victims heal.

“One of the things that I’ve said throughout this is we’re stronger than (Brooks), and it’s been proven today,” Pudleiner said.

Brooks drove his Ford Escape into the Christmas parade in Waukesha in suburban Milwaukee on Nov. 21 moments after fleeing a domestic disturbance with his ex-girlfriend, prosecutors said. 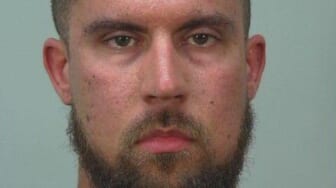 Also Read:
Wisconsin man who drove truck into mostly Black crowd pleads guilty to felony, but could have record erased

Killed were 8-year-old Jackson Sparks, who was marching in the parade with his baseball team; Leanna Owen, Virginia Sorenson and Tamara Durand, members of the Dancing Grannies, a group of grandmothers that dances in parades; Wilhelm Hospel, husband to a surviving Dancing Grannies member; and Jane Kulich, described by her family as a die-hard Green Bay Packers fan. Scores of other people were hurt, some severely.

The incident left deep scars on the community of 70,000 people about 16 miles (25 kilometers) west of Milwaukee. Community members built memorials to the dead and held vigils.

The anger was still raw Wednesday; someone in the gallery yelled “burn in hell” as the verdicts were read. Vehicles passing the courthouse honked their horns in celebration, WITI-TV reported.

Brooks pleaded not guilty by reason of mental disease earlier this year but withdrew the plea before his trial began with no explanation.

Days before the trial started, he dismissed his public defenders, electing to represent himself despite overwhelming evidence against him. Police officers and paradegoers testified they saw Brooks behind the wheel of the SUV. District Attorney Susan Opper presented several photos of Brooks driving the vehicle to the jury.

Brooks’ main defense theory appeared to be that he was a sovereign citizen, echoing a conspiracy theory that every person is a nation and isn’t subject to government restrictions. He refused to recognize the court’s jurisdiction over him, refused to answer to his own name, launched into meandering cross-examinations, and muttered under his breath that the trial wasn’t fair.

He got into daily arguments with the judge that often devolved into shouting matches. At one point he glared at Dorow so intensely she took a recess because she said she was scared of him. 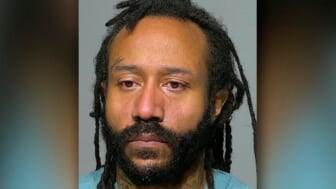 Multiple times, she moved him into another courtroom where he could watch the proceedings via video and she could mute his microphone when he became disruptive.

One day, after he was moved to the other room, he stripped off his shirt and sat bare-chested on his table with his back to the camera. On another day, he built a barricade out of his boxes of legal documents and hid behind it. On yet another, he held up a Bible so no one could see his face on camera and tossed his copy of the jury instructions into the garbage.

“We felt very, very offended by his behavior, his disrespect of the court, the decorum, the families, his insulting the judge, his challenging the judge,” Opper said at a news conference.

“That’s not the way our system is designed. That was intentional on his part. We truly believe that. He did everything he (could) except claim the dog ate his homework,” Opper said. “He tried to turn this into his story. Let’s talk about Mr. Brooks and his family. We just kept redirecting it back to the real focus here, our families, our victims, our community and his responsibility for this destruction.”