Future, E-40, and Stormzy will also be included on the soundtrack, dropping on Nov. 4.

The official tracklist for the “Black Panther: Wakanda Forever” soundtrack has been revealed. Rihanna, Tems and Burna Boy are among the artists featured on the album.

“Black Panther: Wakanda Forever — Music From and Inspired By” will be available on Friday. The 19-track collection will be released by Roc Nation Records/Def Jam Recordings/Hollywood Records.

Included on the album is its latest single, “Lift Me Up,” by Rihanna. It was her first new song since her 2016 album, “Anti.” The album will be an eclectic mixture of artists across the African diaspora as well as Latinx artists. This includes Future, Stormzy, E-40, Tobe Nwigwe, Fireboy DML, DBN Gogo, Sino Msolo, and more.

The “Wakanda Forever” soundtrack will include Tems’ cover of Bob Marley’s “No Woman No Cry,” featured in the film’s teaser trailer. The song was first available on a three-song preview EP, “Wakanda Forever Prologue,” released in July. It is the only song from the EP that is represented on the soundtrack’s tracklist.

“Ryan and I talked about the importance of creating an immersive journey of sound and voice. If we used a song in the film, we wanted it to be the entire song, and to be connected to the story. Thematically, we wanted to move the audience from grief to celebration. When you listen to the soundtrack, you can close your eyes and relive the experience of the movie. That was the intention.” 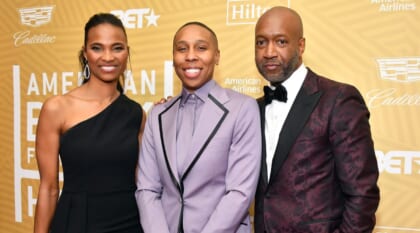 Along with the “Wakanda Forever” soundtrack, the film’s original score album will be released on Nov. 11, the same day as the film’s theatrical release. It once again features compositions from Göransson, who won a Grammy and an Academy Award for composing the music for the first film.

“Black Panther The Album” was certified platinum in 2018 and won a Grammy Award for “King’s Dead” by Jay Rock, Lamar, Future and James Blake.

Full tracklist for “Black Panther: Wakanda Forever – Music From and Inspired By:”

1. “Lift Me Up,” performed by Rihanna

9. “Coming Back For You,” performed by Fireboy DML

10. “They Want It, But No,” performed by Tobe Nwigwe and Fat Nwigwe