The three-song EP includes Tems' cover of Bob Marley's "No Woman No Cry," featured in the film's teaser trailer.

An EP of music from the forthcoming Marvel film, “Black Panther: Wakanda Forever,” has been released on streaming platforms and YouTube. The three-song project comes days after the release of the official teaser trailer for the “Black Panther” movie sequel.

“Wakanda Forever Prologue EP” features a poignant cover of Bob Marley’s “No Woman No Cry” by Nigerian artist Tems. Portions of the song, fused with elements of Kendrick Lamar’s “Alright,” are featured in the “Black Panther: Wakanda Forever” teaser. Fans can now hear the full version of Tems’ cover on the EP. 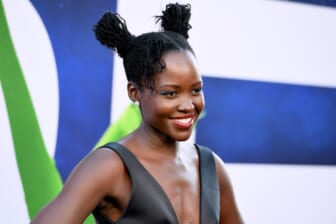 Also included on the EP is “A Body, A Coffin,” performed by Ghanian artist Amaarae. Rounding out the “Prologue EP” is Mexican rapper Santa Fe Klan with “Soy.” Ludwig Göransson produced all three songs as well as the film scores for both “Black Panther: Wakanda Forever” and “Black Panther,” for which he won an Academy Award for best original score. The composer also co-wrote “A Body, A Coffin” and “Soy.”

Director Ryan Coogler has used Göransson to score not only the two “Black Panther” films but every movie he’s made, including 2013’s “Fruitvale Station,” 2015’s “Creed.” Both men stated that the “Wakanda Forever Prologue EP” is an “aural first glimpse” of the forthcoming sequel, inspired by trips to Nigeria and Mexico in preparation for the film.

“We spent our days working with traditional musicians who educated us about the cultural, social and historical contexts of their music,” Coogler and Göransson said in a statement. “We built a catalogue of instrumental and vocal recordings with them that explored both traditional and non-traditional uses of their musical material.”

Coogler and Göransson said they worked with contemporary artists similar to the film’s characters during the recording process, using the film as a “blueprint.” Both the score and the soundtrack to the film were “conceived together as a singular entity to create an immersive and enveloping sound world for the film.” 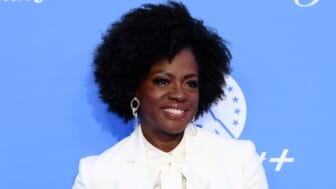 “Black Panther: Wakanda Forever” will follow returning characters Queen Ramonda (Angela Bassett), Shuri (Letitia Wright), M’Baku (Winston Duke), Okoye (Danai Gurira) and Nakia (Lupita Nyong’o) as they protect Wakanda from outside nations amid King T’Challa’s death. T’Challa, the lead character in “Black Panther,” was played by Chadwick Boseman, who died in August 2020 of colon cancer. Marvel announced shortly after that T’Challa would not be recast for the sequel.

Mexican actor Tenoch Huerta joins the cast as Namor, king of a hidden undersea nation. Daniel Kaluuya, who played W’Kabi in the original, did not return for the sequel due to scheduling conflicts stemming from his starring role in Jordan Peele’s “Nope.”

“Black Panther: Wakanda Forever” will premiere in theaters on Nov. 11.