Researchers will investigate whether the coffins and the remains inside match allegations from 1921 that the deceased were males buried in plain caskets.

Researchers have found 21 additional unmarked graves at Tulsa’s Oaklawn Cemetery that may belong to victims of the 1921 Tulsa Race Massacre.

According to The Guardian, Oklahoma state archaeologist Kary Stackelbeck said they discovered 17 adult-sized graves on Friday and Saturday. Four more graves, two adult- and two child-sized, were confirmed to be found days later.

Researchers will examine the coffins and the remains inside to see if they correspond to allegations from 1921 that the deceased were males buried in plain caskets. They have yet to determine the gender of the victims or the types of coffins.

“This is going to be part of our process of discriminating which ones we’re going to proceed with in terms of exhuming those individuals and which ones we’re actually going to leave in place,” said Stackelbeck, The Guardian reported.

The massacre occurred in 1921 when a white mob invaded Greenwood, an area in Tulsa with a high concentration of Black residents, The Associated Press reported. The group set fire to over 1,000 residences, looted hundreds, and destroyed the vibrant commercial area known as Black Wall Street.

Historians estimate the death toll was between 75 and 300. 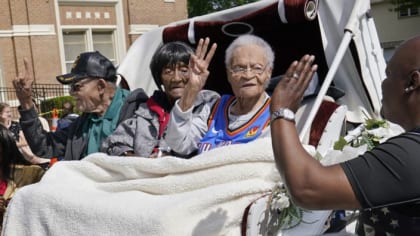 There have been long-standing rumors of numerous unmarked mass graves, but previous searches turned up nothing. The current search for the victims’ remains started in 2020.

According to The Guardian, researchers found nearly three dozen coffins bearing the remains of possible victims when the search resumed last year. Two of the 14 sets of unearthed remains from those coffins had enough DNA to start the sequencing process and create a genealogical profile.

The other 12 sets of bones are being re-exhumed and taken to a lab at the cemetery as part of the ongoing search to get additional DNA used to identify them.

The remains are being reburied at Oaklawn Cemetery. Two dozen people who identified themselves as the descendants of massacre victims said they should have been allowed entry to the previous reburial, which was closed to the general public. 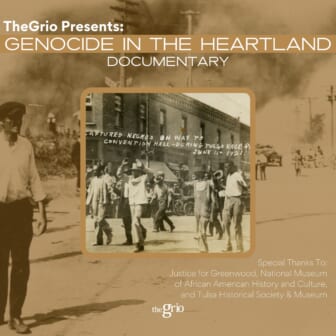 The three known survivors of the massacre, all over 100 years old, are suing for reparations.

“The only way to move forward in our work to bring about reconciliation in Tulsa is by seeking the truth honestly,” Tulsa Mayor G.T. Bynum said in a statement posted on the city’s website.

“As we open this investigation 101 years later, there are both unknowns and truths to uncover. But we are committed to exploring what happened in 1921 through a collective and transparent process — filling gaps in our city’s history, and providing healing and justice to our community,” Bynum added.