“Affirmative Action was always about giving qualified people opportunities because of the inequality created by historical systemic racism and sexism. It was not about taking away from white people."

Students for Fair Admissions, with the help of activist Edward Blum, filed suits against the University of North Carolina at Chapel Hill and Harvard University, alleging UNC discriminated against both Asian American and white students and Harvard University discriminated against Asian Americans during the admissions process. The suit also claims Black and Latino students were given an unfair advantage while applying to both universities.

This week, the Supreme Court heard oral arguments in favor and against permitting private and public collegiate institutions to consider race during the admissions process. On Monday, the six conservative justices on the court made it clear that they are leaning toward prohibiting the practice.

If the court decides to rule in favor of Students for Fair Admissions, it will overturn Grutter v. Bollinger, a landmark decision that permitted the use of race in the admissions process at the University of Michigan’s law school in 2003. 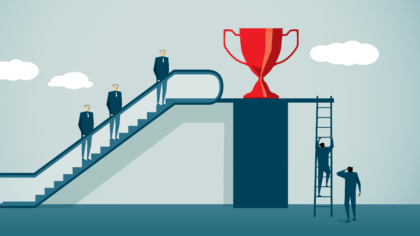 “Affirmative action was always about giving qualified people opportunities because of the inequality created by historical systemic racism and sexism,” attorney Sue-Ann Robinson told theGrio. “It was not about taking away from white people.”

Rakim Brooks, president of the advocacy group, Alliance for Justice, told theGrio that affirmative action is “not discriminating against white Americans, Asian Americans,” or any other race of people. Instead, he said, it was implemented to prevent discrimination and create a diverse learning environment.

In the past, the court, which leaned toward a politically equitable status, granted certiorari to similar cases and ruled to uphold affirmative action. However, during former President Donald J. Trump’s term, he filled the two vacant liberal justice seats previously held by Justices Anthony Kennedy and Ruth Bader Ginsburg with two conservative justices, Amy Coney Barrett in 2020, and Brett Kavanaugh in 2018. Now that the court stands at a 6-3 conservative majority, it is less likely that affirmative action will be upheld this time around.

Newly-appointed Justice Ketanji Brown Jackson, who made history as the nation’s first Black female justice, recused herself from Harvard’s affirmative action case citing a conflict of interest. Jackson is an alumna of Harvard and served on the university’s board for six years. However, she weighed in on the UNC controversial case and expressed concern that reversing the Grutter ruling would “have the potential of causing more of an equal protection problem than it’s actually solving.”

Jackson used an example where she compared two prospective students applying for enrollment at the same institution. The first student wrote an essay detailing their desire for admittance to the college due to family legacy and the other applicant discussed their family history of being a descendant of slaves and wanting to attend a university that once excluded the enrollment of Black Americans.

“The first applicant would be able to have his family background considered and valued by the institution as part of its consideration of whether or not to admit him, while the second one wouldn’t be able to because his story is in many ways bound up with his race and with the race of his ancestors,” she stated, adding that this would be an “equal protection violation.”

Brooks said some conservatives who are anti-affirmative action tend to be hypocritical and have no issue supporting or even participating in legacy admissions. 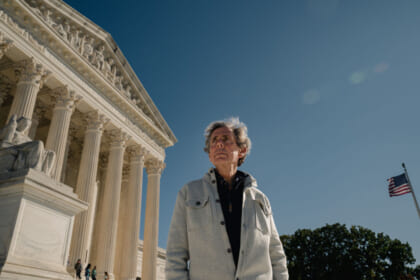 “When we talk about something like legacy admissions, which are not under attack, those are fundamentally vestiges of white supremacy because only white people were admitted to any of these institutions,” he said.

He continued, “So to say that there can be a preference for someone whose parent or grandparent, great grandparent attended a public university, for instance, when those universities would not admit Black students is a racial preference. But they don’t see it as such, and I think they don’t see it as such because it’s an attack on their privilege.

Critics of affirmative action have argued that it is an act of reverse discrimination, however, Robinson told theGrio that those individuals are “insecure about their own talents and qualifications not rising to the top on an equal playing field.”

She added, “They’ve rewritten history and created a narrative around affirmative action that’s always been false as opposed to using that same energy to work as hard as the underrepresented have always worked to be rewarded and recognized.”

If the high court does overturn Grutter v. Bollinger, Brooks said “for Black Americans, the short-term results will be somewhat disastrous, and so the question is how do we intend to respond to that? Will there be greater enrollment in HBCUs?”

He added that if Students for Fair Admissions prevails, there will be a mass exodus of Black enrollment at predominantly white institutions, which will greatly impact white and Asian Americans students.

Robinson said, “Affirmative action supporters have to take a page from the opposition’s book and fight on. Equality for all is the most important work of our time.”

The Supreme Court is slated to issue a decision on the pending affirmative action cases by the end of June 2023.