The multitalented actress and singer is the youngest woman to reach EGOT status, winning an Emmy, Grammy, Oscar and Tony 18 years after her national debut on "American Idol." 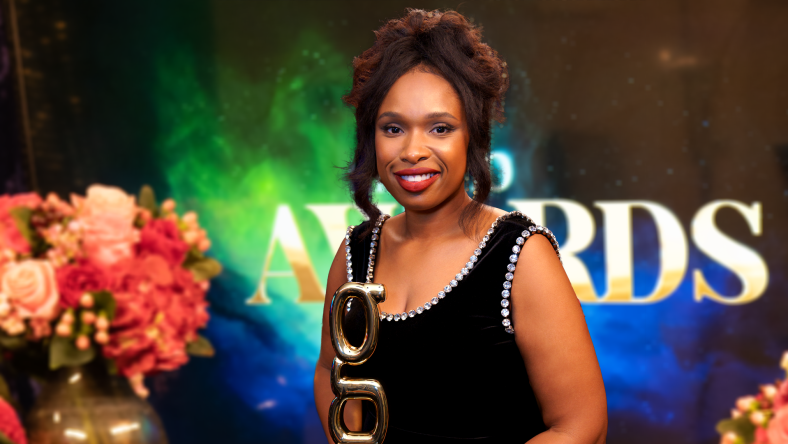 There are only 17 people who can claim EGOT status—that’s someone who’s won an Emmy, Grammy, Oscar and Tony—and Jennifer Hudson is the youngest woman to earn the distinction. If she had given us just the reprisal of Effie White or her eponymous R&B album alone, we would have been richly blessed. Instead, 18 years after we met her on season three of “American Idol,” Hudson has been dousing us with greatness from all over the entertainment world.

Last year, the multihyphenate “It” girl rocked her lead in “Respect,” hand-selected by Ms. Franklin to play onscreen Aretha. Now, Jennifer Hudson is taking on daytime TV as a talk show host, a challenge even for ultra-veteran entertainers, but she’s never been scared off by the opportunity to just be herself. Jennifer, the Chicago girl who grew up singing in a Baptist church. Jennifer, the single mother raising a rapidly growing teenage son. Jennifer, the survivor of pain, thriver in faith and real-life dream girl.

In 2020, Mary J. Blige authored Hudson’s entry on Time magazine’s annual list of “The 100 Most Influential People” and summed up her appeal perfectly: “She’s been nothing but an inspiration to women of all generations in our culture.”