From hate mail to holiday sensation: A Black Santa story

The journey to becoming a professional Black Santa Claus is among several captured in an upcoming HBO Max documentary.

When thinking of Santa Claus, many might envision a big old white guy in a red velvet suit with rosy cheeks, tiny glasses, and flowing white hair and beard. The details may vary, but “big old white guy” typically doesn’t. An annual Santa Claus summer camp in New England is endeavoring to change that.

In an upcoming HBO Max documentary out on November 17, viewers will get to watch the journeys of a Black man, a transperson, and a man with spina bifida who communicates through an iPad, all of whom learn to embody Santa Claus with help from the camp. The experience isn’t all cookies and milk, as each faces unique barriers in attempting to change the status quo. Each also arrives at the camp with very clear motivations.

In an interview with People magazine, participant Chris, who preferred not to disclose his full name, said he was inspired to become a Black Santa after he received hate mail for placing a Black Santa decoration on the lawn of his Arkansas home.

“Please remove your negro Santa Claus yard decoration,” read the letter, ironically signed “Santa Claus,” which continued: “You should try not to deceive children into believing that I am negro. I am a caucasian (white man, to you) and have been for the past 600 years. Your being jealous of my race is no excuse for your dishonesty.” 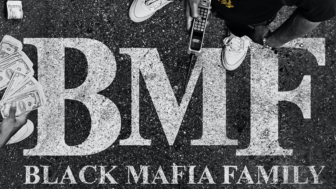 After posting the letter on social media, Chris said his predominantly white neighbors quickly adorned their lawns with Black Santas in a show of solidarity.

“It was very meaningful. I literally did not know any of them, and they decided to put those up. It’s great that people who live around you can see wrong and want to make it right,” he said.

The whole experience moved him to take a step further in changing the world’s perception of St. Nick.

“Representation is important to me because growing up, I didn’t see it,” said Chris.

During the film, Chris experiences a full transformation into the North Pole’s most famous resident, including bleaching his naturally black and brown beard Santa white. 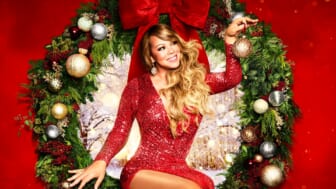 According to People, since undergoing training at the camp, Chris has had a very merry time embodying Santa. Some of those highlights, such as appearing as Santa at a citywide North Little Rock event, are captured in the documentary.

“The fact that most of the community embraced me and was willing to accept Santa Claus as me was amazing,” he said, adding, “It’s been a good journey.”