“His behavior, his rhetoric, his narcissism, and his pettiness is just un-American," conservative commentator Armstrong Williams tells theGrio.

As former President Donald Trump announced on Tuesday his official run for president in 2024, it appears he’s already lost support from the Republican establishment — including Black Republicans.

Trump officially threw his hat in the race, as anticipated, but it comes come amid several lawsuits and investigations, including an FBI probe into his possession of classified documents. The Biden Justice Department has already signaled it will put in place a special counsel if the twice-impeached former president does indeed run for the White House for the third time.

However, if indicted by the federal government, Trump could become a “martyr,” as warned by veteran Republican consultant Karl Rove during a panel this past Saturday hosted by the National Association of Realtors. Rove served as White House senior advisor and deputy chief of staff for former President George W. Bush. 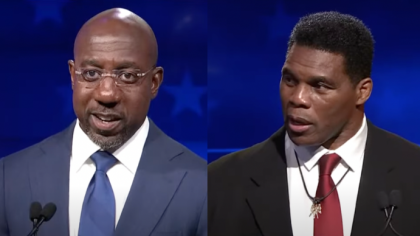 Also Read:
Warnock vs. Walker race could be the death knell for Trumpish candidates

Moreover, Williams says Trump’s presidential announcement will implode Herschel Walker’s bid for the U.S. Senate in Georgia, which is heading into a runoff on Dec. 6. “No good can come from this,” Williams told theGrio. The Black Republican added, “The worst thing that can happen to his Senate hopeful, Herschel Walker, is for Donald Trump to announce his candidacy for president.”

The closely-watched Senate runoff contest between Walker and Sen. Raphael Warnock will determine whether Democrats expand their current 50-49 majority in the tally after the Nov. 8 midterm elections. Williams warned that when Trump “engaged” in the last Georgia Senate runoffs in January 2021, “voters stayed home.” He says Trump is “bad” for Georgia and the GOP “more broadly.”

The potential announcement of Trump’s comeback to politics also comes as both Republicans and Democrats are at a crossroads over issues of party identity and some calls for a new guard of leadership. But for the Republican Party, issues of ideology and personality led by Trump have clashed with the traditions of the party.

During the NAR panel in Orlando, Florida, Rove said, “both parties are broken and that “candidate quality matters.” When it comes to age, the political veteran said both parties should not be led by leaders as old as Trump and President Joe Biden. He believes it’s time for younger politicians to take the helm.

As a sign of Trump’s waning influence among mainstream Republicans and popular conservatives, radio host and influencer Candace Owens, a Black Republican, recently disavowed Trump, who she said was “rude” to her. Owens now appears to support Florida Gov. Ron DeSantis, who is mulling over a run for the Oval Office in 2024.

Williams offered a sobering assessment of Trump, saying the former president “has done the best job in convincing the American people why he’s not deserving of a second term in office and why he should not run at all.” Trump should instead transition to a more “elder statesman” role, said Williams, and “get behind the new crop of leaders that are emerging in the Republican Party.”

Trump, as of late, has gone on the offensive against fellow Republican leaders, fashioning his style of insults that had typically been reserved for his perceived political opponents, whether women, Black people – especially Black women – or Democrats more broadly. Republicans in the line of Trump’s ire as of late include DeSantis, Virginia Gov. Glenn Youngkin and Senate Minority Leader Mitch McConnell. 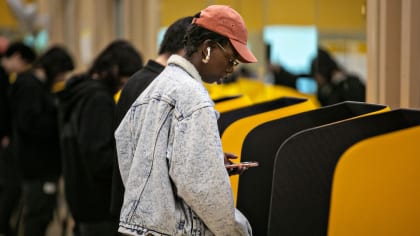 Also Read:
So how exactly did Democrats defy history in these midterms?

Some of Trump’s statements included him saying Youngkin’s name sounded Chinese, giving DeSantis the nickname “DeSanctimonious” and making a veiled threat on the life of McConnell, whose wife, former Transportation Secretary Elaine Chao, who he previously referred to as McConnell’s “China-loving wife, Coco Chow.”

Williams said Trump is “playing on the worst kind of stereotypes” and that it shows he has “not matured [and] has not changed” in an already divided country.

“It’s just the last thing that our country needs now,” he said. “His behavior, his rhetoric, his narcissism, and his pettiness is just un-American.