According to CNN, a three-count indictment filed in U.S. District Court in Topeka, Kansas, and unsealed Monday claimed that Roger Golubski, a retired 35-year detective, used his position to protect the operation from law enforcement inquiries. He pleaded not guilty.

According to the indictment, girls as young as 13 were victims of the sex trafficking enterprise that Cecil Brooks, a local crack dealer, and two other men operated out of an apartment building in the 1990s. Golubski, who retired in 2010, is accused of giving Brooks and his cohorts protection in exchange for money and a free rein to “choose girls to provide him sexual services.”

“Roger [Golubski] maintains his innocence and looks forward to clearing his name from these decades-old and uncorroborated allegations,” Chris Joseph, Golubski’s lawyer, told CNN in an email.

Golubski was charged in September with using his authority as a police officer to sexually abuse a woman and a young girl. He also pleaded not guilty to those accusations.

Prosecutors unveiled a second indictment against him on Monday concerning the alleged sex trafficking operation, accusing him of “conspiracy against rights” and two charges of “involuntary servitude.” 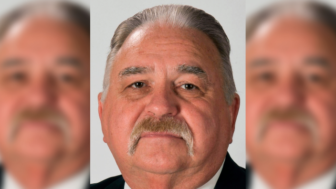 Monday’s indictment claims that Brooks recruited “young girls who were runaways” or from broken homes and imprisoned them in a room in an apartment building. He and co-defendants LeMark Roberson and Richard “Bone” Robinson allegedly used physical violence and threats to coerce them into having sex.

Two unnamed victims corroborated the claims, including one who said Golubski raped her, yanked her hair and suffocated her when she was 16.

Last year, Team Roc, the social justice and philanthropic division of rapper Jay-Z’s entertainment company Roc Nation, ran a full-page advertisement in The Washington Post highlighting the claims against Golubski and calling for an investigation into the Kansas City Police Department. The ad referred to the alleged police corruption as “one of the worst examples of abuse of power in U.S. history,” CNN reported. 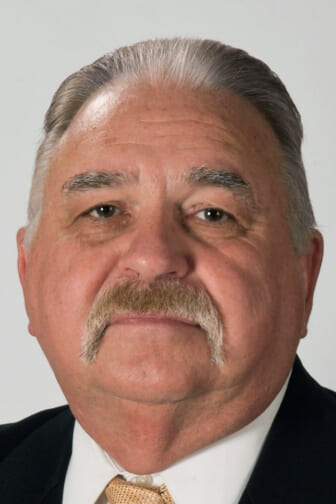 Golubski first came under fire in 2016 for his role in the double murder conviction of Lamonte McIntyre. A judge dismissed the case when the county district attorney decided he no longer had faith in the sentence. McIntyre — who had served 23 years in prison for the crime — was released in 2017.

McIntyre and his mother sued Golubski and other officers involved in his arrest in a civil complaint after he was freed. According to the lawsuit, Golubski had used his authority to terrorize Kansas City’s Black community for years. He allegedly preyed sexually on Black women and had an illicit relationship with Brooks.

The defendants reached a $12.5 million settlement in the case this summer, but neither Golubski nor the others — including other officers or county government officials —acknowledged any wrongdoing.