On an abnormally balmy evening in New York City, hundreds of people are waving their hands in the air to the music and rhymes of Yasiin Bey, formerly known as Mos Def. The heaving energy of the crowd builds and builds as MCs like Common and Ghostface Killah join Bey on stage.

By the way, this isn’t a lyricist lounge or hip-hop showcase. Believe it or not, it’s a jazz show at Sony Hall, in the heart of the theater district. The rap gods were guests of Robert Glasper, part of the climax of his monthlong residency at the Blue Note Jazz Club, a residency affectionately known as “Robtober.”

Glasper, the five-time Grammy Award-winning pianist and composer, hosted 52 sets of musical celebration and liberation in 26 days between Oct. 4 and Nov. 6. He may identify himself as a jazz musician, but the shows at the Blue Note featured music that couldn’t be so easily defined.

Whether paying tribute to Herbie Hancock, making references to J Dilla or facilitating improv jam sessions with the likes of Jill Scott, Miguel, Kim Burrell and Common, Glasper showed that Black artists should not and will not be confined to genre restrictions and taboos. 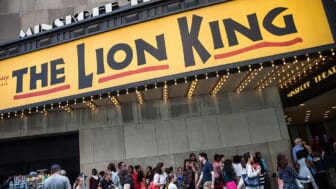 Also Read:
‘The Lion King’ hits a key milestone in its circle of life

This was Glasper’s fourth residency at the lower Manhattan jazz club. Each night, fans gathered in lengthy lines down West 3rd Street to get a good seat in a venue that barely holds 200 people. To quote the lyrics of the Radiohead song that Glasper often plays in concert, audience members were packed like sardines in a crushed tin box.

Glasper said he enjoys the intimate setting of the Blue Note with its limited tabled seating and blue lights illuminating the small stage. This close atmosphere is intimate but ever so engaged and crackling with abundant energy.

One of the hallmarks of Glasper’s live shows is his sense of humor. Each night he quipped, “We hope you have a great night, but if not, we already have your money.” He often jokes with the audience and his band members mid-song.

Throughout the month, Glasper hosted nine different line-ups with different musical themes. It’s a testament to his agile musical vocabulary to be able to sound equally as versatile beside such a diverse combination of side men.

On the first night, Glasper played with Nicholas Payton and John Ellis for a Hancock tribute night. The way he navigated through classic Hancock compositions like “The Sorceror” and “Riot” with such delicacy and nuance as Payton gave emotive trumpet solos was inspired. But when they put so much swing and heft to “Hurricane” and “Canteloupe Island,” it informed the audience what was about to come for the next four weeks.

During his set with his Dinner Party line-up that included bassist Burniss Travis III and drummer Justin Tyson, Glasper and company plowed through heavy, progressive numbers like Glasper’s “Find You,” and the aforementioned Radiohead cover. But when featured vocalist Alex Isley joined them, a shift to more serene alternative soul music has was natural as it was drastic.

One of the big draws for Robtober, as it has been during the three previous installments, was the assortment of guest vocalists joining Glasper. While Isley, Lalah Hathaway, Bilal and Bey were previously announced, from night to night, it was anybody’s guess who would show up.

Miguel, Burrell, Ghostface, Scott and Common all showed up as planned surprises, emerging from backstage. But the real treats were those guests sitting in the audience and coming on stage to jam freely, like Rapsody and Andra Day. 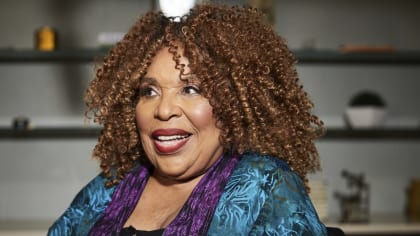 Instrumentalists like keyboardist Cory Henry and trumpeter Keyon Harrold took part in the surprises, too. To witness legendary Pino Palladino and Meshell Ndegeocello play bass alongside each other seems impossible to fathom, and yet, seems totally plausible during “Robtober.”

Even comedians got in on the fun. Dave Chappelle showed up multiple nights, as did Chris Rock, while comic Alonzo Bodden opened with a hilarious 15-minute set one evening. Rock and Chappelle introduced Glapser’s set with the Revive Big Band, in tribute to Glasper’s friend, the late Meghan Stabile, signaling a night of bombastic, explosive celebration and closure for one of the New York music scene’s most talented promoters, champions and allies.

This eclectic mixture of unannounced singers, musicians and rappers all coming together to perform with Glasper was a revelation of his versatility. The high water mark came when Scott, Day and Hathaway all harmonized together on the S.O.S. Band’s “Tell Me If You Still Care.” That kind of vocal blending didn’t end on the bandstand, either.

That audience participation came in handy during many of the shows. During sets with featured vocalist Lalah Hathaway one week and his original acoustic trio of bassist Vicente Archer and drummer Damion Reid, Glasper played impromptu games of “name that tune” with the crowd and his band.

Glapser would momentarily riff on songs like Soul for Real’s “Candy Rain,” Cyndi Lauper’s “Time After Time,” Bonnie Raitt’s “I Can’t Make You Love Me,” and Phil Collins’ “In the Air Tonight” while the crowd became his featured choir.

A leader is only as good as his sidemen, and Glasper had the best. Bassists Palladino, Thundercat, and Derrick Hodge all graced the stage with Glasper. All of them were big enough to draw their big crowds, but with Glasper, they fused seamlessly into his realm. Drummers Tyson, Reid, and Chris Dave all possess different stylings and flavors, but were impressive with their attention and alertness to Glasper’s constant melodic mood changes.

“Robtober,” four years in, is now a time honored tradition not just for Glasper and the Blue Note, but also for music fans every October. At one table, there will be seated people from Brooklyn, Florida, Los Angeles and Virginia, all coming together for a common reason; to celebrate the innovation and wide influence of Black music.