The singer claims that the show's producers nixed his planned performance — a medley of hits from the "Thriller" album — for "reasons unknown."

Chris Brown was set to perform a tribute to Michael Jackson on Sunday’s “50th Annual American Music Awards” (AMAs). However, the singer claims that the producers pulled the plug on his performance suddenly and unexpectedly.

On Saturday, Brown posted a video of rehearsal footage to his Instagram page. It shows Brown performing a medley of songs from Jackson’s “Thriller” album, which is 40 years old this month. The caption, featuring a palm over the face emoji, reads, “U SERIOUS.” In the comments, he wrote that his scheduled performance was pulled at the last minute.

“WOULDVE been the ama performance but they cancelled me for reasons unknown,” the Grammy Award-winner said.

The rehearsal footage is a single-camera capture of Brown’s planned performance. The seven-minute clip begins with two female dancers using a chair as a prop. Brown’s platinum-certified song, “Under the Influence,” plays in the background.

The majority of the rehearsal features Brown and several background dancers performing an intricately choreographed medley of four songs from “Thriller”: “Beat It,” “Wanna Be Startin’ Somethin’,” “Billie Jean,” and the title track. The routine combines original dance steps with Jackson’s iconic choreography. 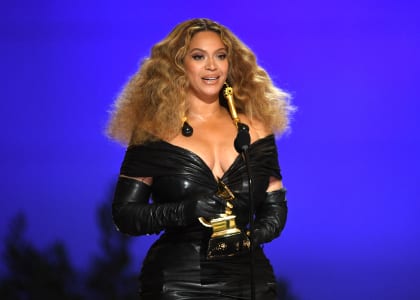 The post came just two days after Jackson’s estate and Sony Music released “Thriller 40,” an expanded double-disc release of Jackson’s landmark album featuring demos and unreleased tracks. The release commemorates the 40th anniversary of “Thriller,” released on Nov. 30, 1982. Earlier this year, The Billboard Music Awards paid tribute to Jackson’s “Thriller” album with a performance of “The Lady in My Life” by Maxwell.

At this writing, neither the AMAs’ producers nor ABC (which aired the awards show) has released an official statement about Brown’s claim. It is not clear whether Brown’s performance was pulled because of its legality. Jackson’s estate previously sued ABC’s parent company, Disney, over alleged copyright infringement during the network’s 2018 documentary, “The Last Days of Michael Jackson.” The two parties settled out of court in December 2019.

Meanwhile Brown, who has been vocal about Jackson’s influence on him, has performed tributes to the King of Pop in the past. In 2006, three years before Jackson’s death, Brown performed “Thriller” during a tribute at the World Music Awards.

In 2010, one year after Jackson died, Brown again paid homage to Jackson at the BET Awards. He performed a medley that included hits like “The Way You Make Me Feel,” “Remember the Time,” “Billie Jean” and “Man in the Mirror.”

Brown did not attend the AMAs, though he won an award for Favorite Male R&B Artist. Kelly Rowland, who presented the award, accepted on Brown’s behalf, indicating that he was absent — an announcement that drew boos from the audience. 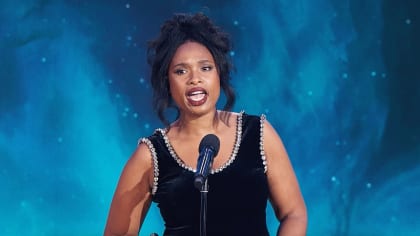