Savage X Fenty was accused of violating California law and automatically enrolling customers in a program with recurring charges.

Rihanna debuted the lingerie line in 2018, offering a wide range of sizes and promoting body positivity.

According to The East Bay Times, Lavender Lingerie LLC, doing business as Savage X Fenty, was accused by the counties of Santa Clara, Santa Cruz, Los Angeles and San Diego, plus the city of Santa Monica, of violating California law and misleading customers by automatically enlisting them in a “VIP” program that had recurring credit card charges.

“Consumers have a right to know up front what they are paying for and how often,” said Jennifer Deng, Santa Clara County deputy district attorney, according to The Times. “Businesses have a duty to be transparent about their automatic renewal charges.”

The lawsuit claimed that customers would fraudulently be enrolled in an automatic recurring paid VIP membership when they made purchases on Savage X Fenty’s website, resulting in credit card charges that would continue until the membership was canceled.

The company’s actions “were likely to deceive members of the public and were performed with that intent,” according to the complaint. Savage X Fenty failed to get customers’ consent, clearly disclose the conditions of its auto-renewal program or offer a straightforward way to halt the charges. 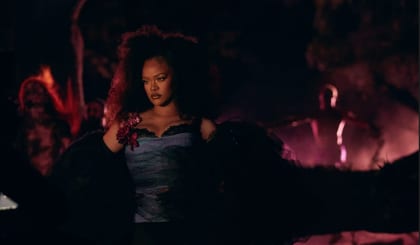 The lawsuit asserted customers were also misled into believing that shop credit earned through VIP membership could be used at will, but in reality, customers could only apply it toward purchases that exceeded the credit’s value.

In addition to the $1 million fine, Savage X Fenty will pay $150,000 in restitution to former or present VIP members in California and $50,000 in state investigative fees as part of the settlement.

On the brand’s website, Rihanna boasts, “Savage X Fenty means making your own rules and expressing your mood, character and style for you — not for someone else.”