On its first anniversary of complete independence from British rule, a writer reflects on how Barbados continues to celebrate what it now means to be free.

Last year on Nov. 30, the Caribbean country of Barbados made a huge power play by severing ties with Britain and monarch Queen Elizabeth II and deeming itself an official republic. In doing so, the island deserted the last significant remnant of its colonial past. At the time of the ceremonious event, Prince Charles arrived on the island for the last time as the representative of the queen, Barbados’ head of state, marking the end of the monarchy’s bind with the nation once known as “Britain’s Caribbean Crown Jewel.”

In a speech that day, Prince Charles declared: “The creation of this republic offers a new beginning but it also marks a point on a continuum. A milestone on the long road that you have not only traveled but what you have built. From the darkest days of our past, and the appalling atrocity of slavery, which forever stains our history, the people of this island forged their path with extraordinary fortitude. Emancipation, self-government, and independence were your way points. Freedom, justice, and self-determination have been your guides,” he said. “Your long journey has brought you to this moment, not as your destination, but as a vantage point from which to survey a new horizon.”

Who knew that Queen Elizabeth, the longest-serving monarch in British history, would transition just short of a year later? 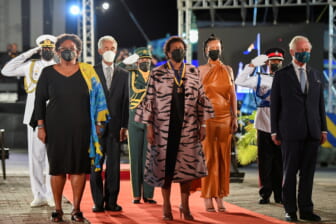 Today, while Barbados celebrates its one-year flag-raising anniversary as a republic, this year marked the capstone of a much longer process of decolonization from Britain. It was 56 years ago that Barbados officially gained independence from Britain, yet kept Queen Elizabeth as its head of state, which preserved rather than challenged the long-standing colonial relationship. Although the country remains a part of the British Commonwealth to this day, now that it is a republic, there is no more need to pay tribute to a monarchy that brought its ancestors there in chains, a long overdue change.

Throughout its first year as a republic, Barbados has made significant changes as part of its new objective to seize full sovereignty. Restitution is one of the driving forces for the new republic as it was announced today that Barbados is seeking reparations and perhaps legal action against British MP, Richard Drax for his ancestor’s role in slavery: the first sugar plantation owners in Barbados and Jamaica and the central family of enslavement in Barbados. 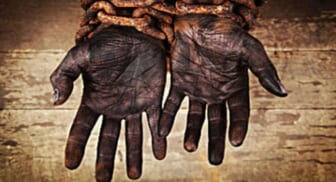 Other changes were visible at one of the country’s biggest inaugural events, the annual celebration known as Crop Over.

Crop Over is the Bajan island’s Caribbean carnival celebration. A three-month-long ceremonious juncture, Crop Over comes to a head on Aug. 1, the holiday celebrating the emancipation of the country’s enslaved, in a parade called Grand Kadooment. Revelers from all over the world come to jubilate in the streets, donning masquerade attire and celebrating the island’s culture, history, ancestral rituals, and even its current state.

When you are well-versed in Caribbean festival culture, your soul seems to light up each time you hear the faint strains of a soca tune, a calypso beat, or catch a whiff of white rum. After a two-year hiatus, there was even more to celebrate this year; particularly the revival of the tourism sector, where much of the island’s funds are earned. In addition to becoming the world’s youngest republic after removing Queen Elizabeth as its head of state, there is now a strong current of Black female leadership in the nation. On Nov. 30, 2021, the island’s first president, Sandra Mason was sworn in, joining its first female prime minister, Mia Mottley. And of course, global pop icon, The Right Honorable Rihanna, has been declared a national hero.

This alone is a considerable indication of political progress in Barbados’ new era as a republic.

In recent years, images of Rihanna playing “mas” (short for masquerade), or fellow West Indian Usain Bolt at Caesar’s Army BIM — a J’ouvert commencing in the wee hours of the morning where you douse your peers in colored powder, paint and liquids while fêting to the best of the year’s soca music until well after sunrise — brought renewed attention to the historic celebration. However, due to its origins, Crop Over also plays a specific and important role in the nation’s evolution into a republic.

Dating back to the 18th century, Crop Over initially earned its name when Barbados was the world’s largest producer of the sugar cane crop. Barbados was Britain’s first and most important slave colony, its sugar fields producing mass wealth for the empire. The end of a successful harvest season marked the junket known as Crop Over. Enslaved workers would rejoice in rituals, parties, songs, and dances, with food, drinks and offerings to give thanks for the season. However, as in most nations benefitting from the Transatlantic Slave Trade, ancestral rituals and practices were frowned upon by Europeans and heavily discouraged throughout the Caribbean.

Carnival festivals are the antithesis of Eurocentrism, and this past year, it finally seemed like there was full alignment with the visible presence of the monarchy now gone. 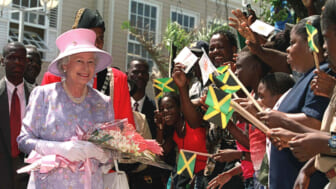 As an attendee of Crop Over this year — my third — I immediately noticed symbolic differences. The British military flag that used to fly had been replaced by one only representing Barbados. There was no traversing the long winding roads through residential areas on Grand Kadooment day as celebratory onlookers spilled onto their front porches to gaze and bask in the energy. With the country becoming a republic, a bronzed statue of British Admiral Lord Horatio Nelson had been removed from the capital Bridgetown’s National Heroes Square. Instead, the Grand Kadooment route changed to Barbados’ new highway to fête with the Emancipation Statue of national hero Bussa, breaking the chains of slavery at the center of J.T.C Ramsay’s roundabout. An African who was captured, transported and enslaved in Barbados, Bussa went on to lead the largest slave rebellion in the history of the isle in 1816.

To the seasoned festival goer or someone who knows the island’s history, these changes are not minimal. They are the symbols of a republic that has now set itself free.

When my feet touched the road on Aug.1, joy surged through my body. I was set to jump with Aura Experience, the Crop Over band led by Rihanna’s brother, Rorrey Fenty, which furnished my lovely feathered costume, food, drink, music and overall Crop Over experience on Grand Kadooment day — and was the first to head out on the road. The closer we neared Bussa’s monument, the closer I felt to spirit. I felt a wave of emotions release through sweat, tears and movement. Reaching the statue, I removed my feathers and left all of my burdens at his feet. It was ecstasy. I finally felt liberation.

In Barbados’ first year as a republic, Crop Over felt like the cure and the opportunity to not only reclaim who we are as a people but to reclaim the ancestral wisdom once stripped from us in the most brutal ways. The spirit of Crop Over has always been revolutionary, and the event itself liberating; but today it finally feels like the country, in its entirety, is following suit. With the colonizer’s statues, faces, and political positions erased from the island and replaced with Black leaders and national heroes — many of whom look like me, a Black woman — Barbados is setting a new standard of what it means to be free.