Opinion: In recognition of the 40th anniversary of Jackson’s best-selling album “Thriller,” theGrio examines how Jackson made the album out of anger for being boxed in as just another Black artist, but without sacrificing Black art.

“Thriller” reached heights that no other album has achieved before or since for a myriad of reasons.

It was a perfect storm of multi-discipline cross-pollination. Jackson’s groundbreaking short films dropped as MTV was cresting to prominence. He arguably created one of the first viral video moments when he moonwalked during “Motown 25” at a time when the VCR was reaching more homes. The Victory Tour with his brothers exposed the album to 2.3 million concertgoers in 1984.

“Thriller” succeeded because of the alchemy of “soul and science,” as Jones calls, and as Jackson later described, “the union between the material and spiritual.” But this album was mainly conceived by Jackson’s animosity. 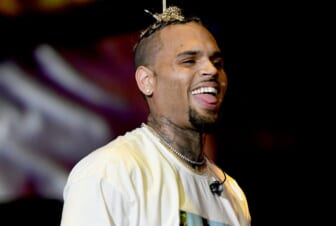 In 1979, Jackson and Jones teamed up for “Off The Wall,” an album that would become a monster hit. With a then-record four top 10 Billboard Hot 100 singles, it was the biggest-selling album by a solo artist that year and the highest-selling album by a Black artist ever at the time. However, when it came time for Grammy Awards recognition, Jackson was stunned when the album only earned two nominations and one win for Best R&B Vocal Performance (“Don’t Stop ‘Til You Get Enough”).

Jackson felt that his work, despite the tremendous melodic, rhythmic, and production leaps it took, was being marginalized as just a Black album. Despite its success, “Off The Wall” was released on the other side of the growing shroud of the “disco sucks” rhetoric that was seeping with racist and homophobic overtones.

He spoke about his disappointment in his 1988 autobiography, “Moonwalk.”

“I felt ignored by my peers and it hurt,” Jackson wrote. “I said to myself, ‘wait until next time’ — they won’t be able to ignore the next album.”

From that point, Jackson was on a mission. Not only would he show that he was more than just a Black artist, but he would do it with edgier themes and by deceptively doubling down on the richness of Black music.

He, Jones, songwriter Rod Temperton, and engineer Bruce Swedien created a masterpiece with “Off The Wall,” but for its follow-up, they carved, with surgical precision, a manifesto that decreed to the planet what happens when the limitless potential of Black art is fully realized as a kinetic musical explosion.

“Thriller” is nine cuts that, as Jones stated, “go for the throat in four, five, or six different areas.” Dance, funk, soul, rock, adult contemporary. It’s seen as modern pop music’s Rosetta Stone, and for good reason. However, many people, from record execs, and program directors, to consumers, practice and perceive pop as “middle of the road” music; inoffensive, diluted versions of existing genres, void of much of its rawness and nuance.

By amalgamating several genres, often within individual songs, “Thriller” quietly epitomized, and embraced Jackson’s pride for his Black musical heritage. This is particularly true with his compositions on the album, drawing heavily from his increasing sense of claustrophobia and paranoia; “Wanna Be Startin’ Somethin’,” “The Girl is Mine,” “Beat It,” and “Billie Jean.” 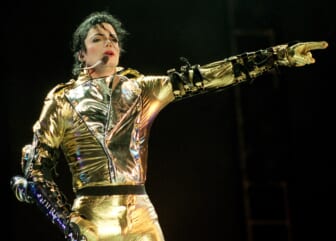 Jackson had a knack for delivering his deeply personal beliefs and communicating his social ideologies under the guise of infectious, danceable pop music. This was apparent before 1982 and on albums after. But it was on “Thriller” where Jackson’s social anxiety and constriction became impossible to overlook, giving the LP the crux of its thematic intrigue.

“Wanna Be Startin’ Somethin’” is a clinic on hook writing. For a song built on less than a two-chord progression and a static but pulsating synth-bass line, there are infectious elements of “Startin’ Somethin’” that make it one of the most irresistible dance numbers to come out of that era. Jackson’s incorporation of polyrhythms and interpolation of Manu Dibango’s “Soul Makossa” with the infamous “Mama-se, mama-sa, mama-co-sa” refrain depicted his innate connection to Africa.

The song is about the dangers of rumor-mongering, a subject Jackson knew all too well.

“I took my baby to the doctor,
With a fever but nothing he found,
By the time this hit the street,
They said she had a breakdown.”

It describes the short but effective cycle of societal hyperbole and sensationalism. The optics of a woman going to the doctor entices the idea that she is there because of something serious. Although the reality doesn’t support that, the lie gains more attention.

“The Girl is Mine” with Paul McCartney is the tamest and most maligned song on “Thriller’s” tracklist, despite peaking at No. 2 on the Billboard Hot 100. But there’s more intrigue than it appears. It illustrates that Jackson could write and execute a pop record worthy of a Beatle or Bacharach, without sound alien coming from Black lips.

The narrative of the song speaks of a love triangle, fatefully enough the same subject matter of “Girlfriend,” McCartney’s composition on “Off the Wall.” The notion of a Black man fighting over a girl with a white man is incredibly taboo by 1982 standards. After all, interracial marriage had only become legal nationwide in 1967. Because of the lighthearted production of the song and the likeability of both Jackson and McCartney, it goes over most people’s heads. 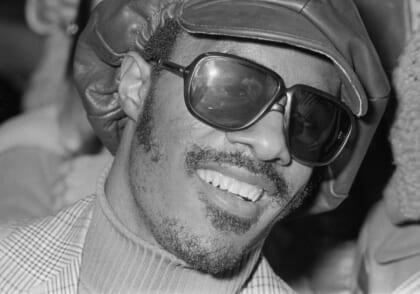 “Beat It” was Jackson and Jones’ most blatant attempt at cross-market promotion, crafting a song that works equally on pop, rock, and R&B radio stations. Jackson wasn’t merely dipping his toe into the rock realm but was rather reclaiming the genre for the previous generation of Black pioneers who created it, only to have it commodified and contextualized as a white style of music.

Built on an earworm of a guitar riff, “Beat It” presents itself as a forward-facing plea for non-violence. But it isn’t that simple. “Beat It” speaks of the inner struggle between the male Id and the super-ego. It’s an internal fight you have with yourself as you deal with a problem with hypermasculinity or through self-preserving maturity.

“Beat It” is lyrically performed from two vantage points, not one. Look at the second verse and notice that it plays out like a battle between the proverbial angel and devil on one’s shoulder:

Angel: “They’re out to get you; better leave while you can.”
Devil: “Don’t wanna be a boy, you wanna be a man! You wanna stay alive, better do what you can!
Angel: “So beat it! Just beat it!
Devil: “You have to show them that you’re really not scared.”
Angel: “You’re playing with your life, this ain’t no truth or dare!”

“Billie Jean” is a blues song disguised as a pop song. Louis Johnson’s iconic, brooding bass line and the crisp, subtle reverb of the kick-and-snare drum loop from Ndugu Chancler make for a lament worthy of Albert King. It was no accident that the late Chris Cornell recorded a cover of the track that resembled a slow-moving blues dirge.

The unorthodox storyline of “Billie Jean” is well-documented; Jackson’s tale of a woman falsely accusing him of fathering her child. It was an addition of the most consistently used lyrical themes of Jackson’s career; the misdeeds of the deceptive woman, starting with “Workin’ Day and Night,” “This Place Hotel,” and continuing with “Dirty Diana,” and “Dangerous.”

Jackson explained in “Moonwalk” that the inspiration for these songs came from witnessing people use sex as a weapon, which he found immoral.

“I just think that when sex is used as a form of blackmail or power, it’s a repugnant use of one of God’s gifts,” Jackson wrote.

Jackson’s status as a music star couldn’t shield him from the prejudices that come with being Black in America. But like so many Black Americans do and have done, he channeled that rage, that righteous indignation into something constructive and innovative. As a result, he released an album that returned to the top 10 of the Billboard 200 this week. An album that averages just under a million streams per year over the past six years. An album that countless artists have chased for the past 40 years.

Michael Jackson’s “Thriller” helped define modern pop music because he and Jones dared to defy it.