Herschel Walker’s near miss and the myth of identity politics

OPINION: Herschel Walker’s Senate run is a testament to the Republican Party’s ability to make everything about race.

Whew! That was a close one!

If you haven’t heard, on Tuesday, Democratic senatorial candidate Rev. Dr. Senator Raphael Warnock narrowly defeated Special Agent Herschel Walker in a runoff election for Georgia’s U.S. Senate seat. Casual observers and professional pundits are still stunned that so many voted for Walker. However, the reason why an aspiring werewolf with no political credentials, ability or experience came so close to winning a seat in America’s highest legislative body is simple.

I can feel the collective sigh of those asking why we must “make everything about race” — and I get it. No one is more tired of talking about race than Black people. However, any astute political analysis that doesn’t point out the racial elements of the Georgia Senate runoff is not worth the bandwidth it occupies. Race wasn’t a part of the story; it was the story. The Walker vs. Warnock heavyweight bout was not about ideology, conservative values or the quality of the candidates.

It wasn’t even about politics; it was about whiteness.

Is there any other logical explanation that justifies Walker becoming Georgia’s Republican Senate nominee? Was it his education and political experience that attracted so many white voters? Were they outwitted by Walker’s intelligence or hoodwinked by his honesty? Were they voting for family values or Walker’s dedication to the pro-life cause? 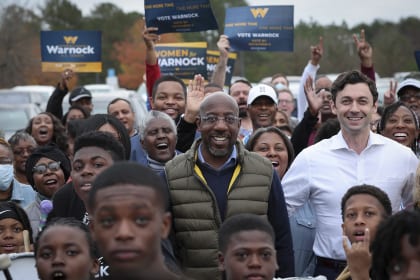 Also Read:
Black organizers were the real heroes of the Georgia Senate runoff

Although the term “identity politics” is usually associated with Black Democratic voters, it has been a part of the conservative political toolkit. Since Barry Goldwater’s 1964 presidential candidacy, racial politics became the Republican Party’s primary tactic for gaining and maintaining white political power. But with the rise and hopeful demise of Trump, identity politics has evolved from an unspoken political strategy to an ideology that can only be described as “White people vs. everybody.”

Of course, some may point out that Herschel Walker is a Black man, which is a very good point. However, the most racist part of identity politics is the ill-conceived notion that Black people will vote for any Black candidate. In fact, 99.999 percent of the Black people who have ever cast a ballot in an election have voted for at least one white candidate. Most voters, including white people, vote for the candidates that will help them realize their political goals. However, I understand why Republicans assume Black voters will chuck their political beliefs into the wind and vote for a random Black guy …

That’s what white people do.

Numerous studies and analyses of voting patterns show that white voters of both parties are more likely to switch parties when the candidate is Black. While it is easy to simplify this phenomenon as “racism,” perhaps the more complex reason is that, for many white voters, protecting whiteness is a political goal. And for a racially homogenous party that is bereft of ideas, how can you grow a rapidly shrinking base in a multiracial Democracy if you are devoid of ideas, policies and positions?

You find a Black man who is willing to protect your white identity.

This is why Herschel Walker became the nominee. This is why he almost won. If Republicans were concerned with Christian values, fiscal conservatism, or any of the issues they claim to care about, Herschel Walker wouldn’t have stood a chance in a conservative state like Georgia. Of course, they say they believe in things. But when given a choice between a college-educated evangelical Christian who actually pulled himself up by his bootstraps (Warnock) or a lying, pro-abortion, deadbeat dad who committed Black-on-Black crime, who did white Georgians choose to represent them? 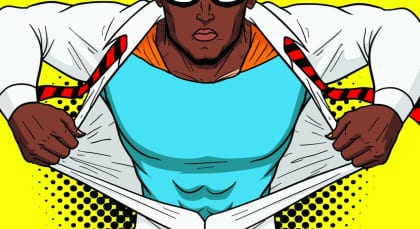 And Walker won the white vote.

To be fair, the Caucasian-centric punditry class has historically soft-shoed around the GOP’s brand of racial politics with white-friendly political euphemisms like the “Southern Strategy,” “economic anxiety” and “family values.” After explaining how “soccer moms,” “evangelicals” and the people in “flyover country” will cast their ballots, political whitesplainers will comfortably dissect the politics of the “Black vote” and the “Hispanic community.” Apparently, Black, Hispanic and Asian people don’t go to church, live in the suburbs or take their children to soccer practice (probably because we don’t have family values).

And I understand that identity politics is all they have. Aside from giving more money to rich people, they don’t have an economic policy. They can’t simultaneously claim patriotism while attempting to overthrow the government. I also understand that they have suffered numerous injustices throughout history, including reverse racism, a stolen election, and the Alabama Crimson Tide being left out of the college football playoffs.

But before we can truly unite as a country and preserve this make-believe democracy, “you people” must first pull yourselves up by their bootstraps, focus on education and stop playing the victim. If your only path to political power is bamboozling your base into believing that whiteness is real and must be protected at all costs …

You need a new identity.