In praise of Black ‘Dependables’

OPINION: There is nothing more reliable in the known universe than the gallant Black defenders of whiteness.

How do you know?

This singular question has roiled the minds of the world’s greatest thinkers since the beginning of time. It is the fundamental first step in the scientific method and the starting point for all conclusions. Until that question is answered, every premise, philosophy and argument is just theoretical speculation. Human beings are free to believe whatever they wish. Belief is a matter of faith; knowing is a matter of fact.

I do not know what Black people need to do. 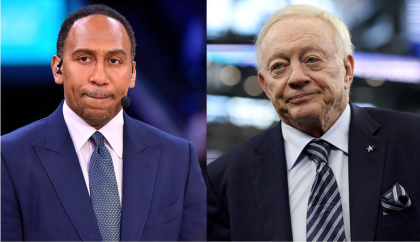 Also Read:
Stephen A. Smith defending Jerry Jones is egregious, and here’s why

Fortunately, not everyone shares this burden. Some people are unencumbered by the desire to know things. Whether they are blessed with extreme spunkiness, superior stupidity or the gift of grifting, some spectacular souls are able to confidently declare their personal beliefs as fact. Others will offer a guess as if it were the truth. In times past, I may or may not have condemned Caucasian ignoramuses in the past for the amount of hot air they are able to blow out of their mouth holes but not today. Today, I come to praise the brave African Americans who have devoted their lives to defending whiteness.

All hail the Black Dependables.

There is a handful of Black people who can be reliably depended upon to defend whiteness at all costs. Although they like to fashion themselves as “independent thinkers,” they are predictably predictable in their ability to always land on the side of whiteness. Some of them, like Diamond, Silk, Candace Owens and Ye, are easily dismissed as grifters and delusional but comical know-nothings. Some, however, are remarkably talented at finding ways to disguise their fidelity to whiteness as “free thought.”

When ESPN’s hall of fame hollerer Stephen A. Smith took to the airwaves to defend Jerry Jones, no one was surprised by Smith’s ability to instantly transform into a negro deflector shield to protect the billionaire Cowboys owner. Sure, the Washington Post was just pointing out a 65-year-old photo of Jones surrounding six Black students attempting to integrate North Little Rock High School. Yes, Jones’ presence in a flock of violent segregationists intent on maintaining white supremacy is relevant, considering he is one of a few NFL owners and general managers who have never hired a Black coach. But Smith is “very, very fond of Jerry Jones.” Who else but a Black Dependable could Jones depend on to defend him from stuff he actually did?

When Smith mentioned that this happened when Jones was a teenager and invoked the term “cancel culture,” Smith was not the slightest bit conflicted about the fact that the North Little Rock Six were also teenagers who were subjected to the original culture of canceling — white supremacy. As a staunch defender of whiteness, Smith had no duty to mention Jones’ verifiably false excuse that he hadn’t “anticipated or had a background of knowing … what was involved” or that Jones had been forewarned of trouble, by Jones’ own admission. Maybe Stephen A. had no clue that the Little Rock Nine, literally one of the biggest stories in the history of the American education system, happened five days earlier, blocks away from where Jerry Jones became part of a violent white mob.

Stephen A. Smith isn’t always this dependable. Just this week, he aired a podcast about making Black youth accountable for their actions.  Perhaps he saw something in Jones, Donald Trump, Sean Hannity and Republicans that he can’t find in Colin Kaepernick, Kyrie Irving, Jemele Hill, and Black people who wear hoodies. But as Smith told the world that Jerry Jones doesn’t “deserve what happened to him,” all I could think is: “How does he know?”

To be fair, some Dependables just hate Black people.

Jason Whitlock thinks Colin Kaepernick is not a role model; that Black culture needs an “exorcism” because of the misogynistic, “satanic” spirit in hip-hop and that Black athletes should be banned for saying the n-word. Jason Whitlock also believes that positive portrayals of Black women amount to “racial idolatry;” that rappers should admire Donald Trump, and that it’s “criminally insane” to ban white athletes for saying the n-word. He says he is not political but somehow finds a way to demonize Democrats and praise Republicans. He hates alive Black people and dead Black people alike. Despite his insistence that he is a free thinker, Whitlock is as tethered to white supremacy as a confederate flag (which he also doesn’t mind).

It is possible that Jason Whitlock holds the cure to all the ills that plague Black America. Yet, in all his negro demonizing, Whitlock has never been able to adequately explain how rap music, role models and Wakanda wokeness are more toxic than four centuries of racial discrimination.

How does he know?

Unlike Whitlock, some Dependables are extraordinarily talented at finding subtle ways to show their affinity for whiteness without outwardly espousing their anti-Blackness. Some will even make you believe they are staunchly pro-Black — even if they don’t know things.

Literally, every single political analysis that Killer Mike has ever had ended up being wrong. Instead of holding white people’s feet to the fire, he espouses a kinder, gentler version of the “do-for-self” philosophy that chastises the people who aren’t responsible for creating, upholding or perpetuating white supremacy. According to Mike, Black people “ain’t ready for no revolution” if they don’t have gardening skills, an unimpeachable political strategy and a nice, quiet approach to protest. He points out everything Black people are doing wrong while offering a pat on the back and a platform to anti-Black opps like Brian Kemp, the NRA, Herschel Walker and blackface banks (His app for “Black-owned banking” deposits all of that Black money into a white-owned bank that doesn’t have a single Black executive).

Ultimately, Killer Mike shares a dependable commonality with conservatives like Tim Scott and boomerang Black folks like Briahna Joy Gray. They are convinced that the vast majority of Black people are too dumb to know we’re being bamboozled by the Democratic Party. If only we’d stop for a second and imitate the smart (white) people like Bernie Sanders or Brian Kemp, we could escape the Democratic plantation and live happily ever after. Until then, they will smugly rebuke you ignorant negroes and tell you how wrong you are. 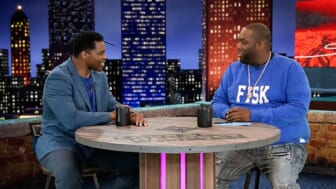 I wonder how they know. I don’t know if white people are prospering because they have gardens or if white people have gardens because they are prospering. I suspect that white-owned banks, gun ownership and property set aside for respectable hoeing are just byproducts of white supremacy, but I admit that I do not know. It is entirely possible that a few more long guns, direct deposits and community gardens will tip the scales of structural inequality. Then again, aside from exit polls, statistical data and history, how do we know Killer Mike was wrong about Georgia’s Black male voters? Most people had no clue that they had the right to waltz into the governor’s mansion and sit down with their chief executive until Killer Mike showed us that all Georgians could do it. (Please don’t try this). I’m still wondering when he’s gonna say something about praising Walker for being a caring father who cares about his children.

Why are there no white dependables?

Sure, there are white people who acknowledge the existence of systemic racism. But even among the most progressive, safety-pin-wearing white allies, I have never met a white person as intransigent in their defense of Black people as these Dependables. Where is the white version of Ye? Why hasn’t Taylor Swift shown up at Joe Biden’s house with Dr. Umar Johnson? I’d love to see Skip Bayless doing a Whitlock-like rant about how country music is responsible for toxic white culture. Why hasn’t Eminem challenged the GOP’s outreach to Black women voters? Why isn’t Michael Moore as pro-Black as Candace Owens is pro-white? We need a white Candace Owens. Rachel Maddow, perhaps?

Maybe white people are smarter than Black people. Maybe our Caucasian counterparts are afraid of looking as stupid as these dutiful negro Autobots willing to transform into bulletproof vests draped over white hearts. Or maybe white people do not see a need to defend us because white mobs, segregation and white supremacy do not exist.

Maybe Jerry Jones simply assumed that his fellow classmates were rushing to welcome the first Black students to his coincidentally all-white school by jeering at them and, instead of running away or asking what was going on or simply leaving, he decided to stay in a place with a bunch of other kids who also had no idea what was going on because they didn’t read newspapers or talk to neighbors or even realized that they attended an all-white school, and Jerry never talked about it with his schoolmates and his parents never saw it in the newspaper, and his teachers never mentioned it, and he never thought about segregation or race, and it’s purely a coincidence that he has never been able to find a qualified head coaching candidate in a league that’s 70 percent Black and until someone brought it up, he didn’t even know if his very good friend Stephen A. Smith was Black. In fact, maybe all the Black people who ever lived are wrong. 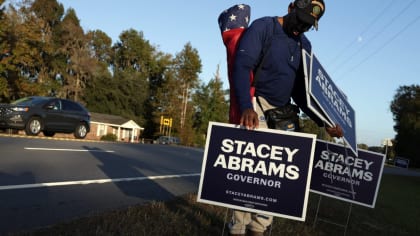 In no way am I trying to insinuate that Black people are infallible. As some dude once said, “Men at some times are masters of their fates.” Like most Black people, I believe everyone should be held accountable for their actions, and I also believe there are valid criticisms of Black people.

But I do not know.

I know about history. I know the statistical data on racial disparities. I know America. But I do not know what freedom, equality or fairness looks like.

The only way we could find out whether or not the Dependables are right is if America eliminated the disparities in education, employment and criminal justice while erasing all political, economic and social inequality. To make sure we absolutely knew, we’d only have to wait 400 years for these systemic changes to become institutionalized. And after a quadruple century of living in this more perfect union where all opportunity is determined by talent, skill and hard work if someone dug up an old photo of a Black billionaire owner of the most valuable franchise in American sports in a standoff with white kids who just wanted to get into a decent HBCU…  I still wouldn’t excuse the Black billionaire thug’s behavior by dismissing it as a young, impressionable teenager under the influence of Democrats, drill music and a deadbeat dad. I’d concede that I was wrong about this racism stuff.

Maybe Whitlock, Smith and all the Dependables are right to rotate their belief systems around the glowing light of whiteness as if it were the sun.

Perhaps the fault, dear brutes, is not in the stars, but in ourselves, that we are underlings.

I wish I knew.