‘1619 Project’ adapted for docuseries to air on Hulu

The “1619 Project” is coming to Hulu in the form of a docuseries. The streaming service will premiere a six-episode limited series starting Thursday, January 26.

Hulu’s docuseries is an expansion of Nikole Hannah-Jones’ acclaimed literary project, which began in 2019 as a commemoration of the arrival of the first enslaved Africans to what would become the United States. The Pulitzer Prize winner announced the forthcoming series on her Twitter page in December 2022, saying the docuseries was “two years in the making.”

“I am SO proud of this work,” wrote Hannah-Jones, who will host the series. “Join us for this new American origin story.” Her post included a 24-second video promo of the series.

According to Hulu’s synopsis, the limited docuseries will attempt to reframe the country’s history by placing the consequences of slavery and the contributions of Black Americans at the very center of our national narrative.

Thursday’s premiere includes the first two episodes of the series. Episodes three and four will premiere on Feb. 2, and the final two episodes will start streaming on Feb. 9, according to the New York Times.

Hulu’s “1619 Project” is the latest expansion of the original New York Times Magazine project. Adapted into both a podcast series, “1619,” and a 2021 anthology of essays, “The 1619 Project: A New Origin Story.” Each episode — “Democracy,” “Race,” “Music,” “Capitalism,” “Fear” and “Justice” — is inspired by essays from the book. They also examine how American slavery continues to affect contemporary American culture. 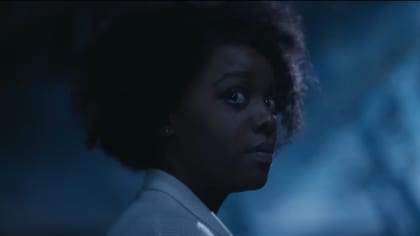 “1619 Project” docuseries is a Lionsgate Production associated with One Story Up Productions, Harpo Films, and The New York Times.