OPINION: Jesus was Black, that's reality, and it's healthier for Black people to be Black-centric, which includes rejecting the whitewashed image of our brother Jesus.

Of course, Jesus was Black. The evidence is clear. The Bible says He had hair like wool and feet like bronze — that says he had brown skin and kinky hair. Sounds like a brother to me. His biological father was absent, so he was raised by a non-biological father. As a child, he hid in Egypt. He turned water into wine. His homeboy snitched on him to the police, which led to him being wrongfully arrested, unjustly convicted and tragically executed by the government under false pretenses because his very existence was a threat to the state. That definitely sounds like a brother to me.

I take Jesus seriously in that I believe he was a real person who was brilliant, charismatic and persuasive. I think Christmas has become a celebration of consumerism, but celebrating Jesus and his message is really valuable. He was a visionary prophet who saw the potential for a better world and preached to people about a new way to see the spirits who guide our world. He had a message that was revolutionary for that moment in history — at a time when polytheistic religions were dominant, Jesus told people that there is only one God and that God is more powerful than the gods of polytheistic religions. That message would end up revolutionizing the world. 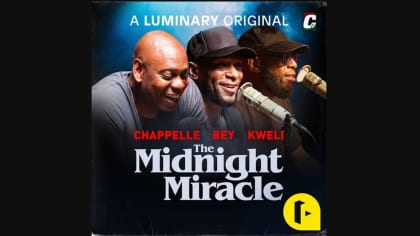 Also Read:
‘The Midnight Miracle’ is fun, brilliant and so damn Black

Jesus was one of the most important people of the century, and it would be valuable if the world understood that he was Black. The whitening of Jesus by the European church is one of the biggest intellectual thefts of the century. They stole the identity of Jesus and rebranded him, which helped pave the way for white supremacy.

I’m all about Afrocentrism and decentering whiteness. I want to move throughout the world without seeing white people and their white-centric ideas as the center of my world. Sometimes this is active, conscious work. I have to police any bit of white centrism that enters my mind. Imagine a white-centric idea making a wrong turn on the information superhighway and ending up in my mind, which the police of my mind sees. They follow, turn on the lights, and pull them over. License and registration, you know the drill, but it was all a charade. Kabuki theater. These cops, the cops protecting the streets in my mind, were always planning to make an arrest. They do. 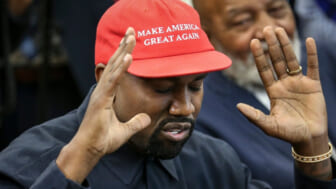 Also Read:
These hoteps must be stopped, y’all

Said another way, I don’t allow myself to accept white-centric notions like a Eurocentric Jesus because it’s too important for us as Black people to try to see the world with us at its center. We are inundated with white-centric ideas. I want Black minds to reject them because having a Black-centric perspective is soothing to the Black mind.

This year, like every year, the images in my home will speak to a Black Jesus. I urge you to give your children and your family the gift of seeing Jesus as a brother because he was Black and also because it makes sense to surround ourselves with images that affirm us and center us. Not just at Christmastime, but all year long.