Dear Republicans, stop playing this game of ‘we have a Black guy, too’

OPINION: The problem with today’s GOP is that they actually believe Black people are replaceable — or more likely, interchangeable.

It ended with a pat on the back of the head. And then, without further fanfare or mention, Florida Republican Byron Donalds went back to being one of 222 after finally casting a vote for Kevin McCarthy, R-Calif., for speaker of the House.

Donalds is just one of four Black House members in the Republican caucus. He was nominated a few times for speaker by members of the rebel caucus, or the Freedom Caucus, of which he is part. Donalds’ nomination was meant to be a response to Democratic Minority Leader Hakeem Jeffries, who made history as the first Black person to lead a major party in either chamber of Congress. 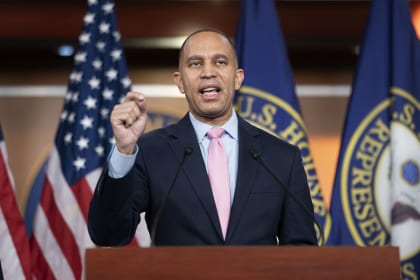 As a former Black Republican — back when they were pro-growth, pro-national defense and supportive of our allies, i.e., pre-Trump and pre-insurrection — I had a hard time watching this embarrassing, racially clueless trainwreck in progress. But these past few days in the House of Representatives have been just that: painful to watch. We are heading to round 14 to see who will become the newest speaker of the House. McCarthy managed to flip 15 Republicans who had previously voted against him, but he still fell short in the 13th round. The House will take up the vote again at 10 p.m. Friday.

More disturbing than the GOP’s bad behavior is something more disturbing yet very familiar. The Republican Party — which, as late as the Eisenhower 1950s, was the preferred party of Black voters — has turned into something very ugly. The Party of Lincoln, the “Radical Republicans” of the 1860s and Teddy Roosevelt — who welcomed Booker T. Washington to the White House — is now the party of Matt Gaetz and Lauren Boebert. The party that was once home to Black Americans after the 15th Amendment, which gave Black men the right to vote, is now a party that opposes voting rights for Black people.

This is the same party that will boast just four Black members of the House of Representatives among its ranks — once they are sworn in after a speaker is elected — and one Black U.S. senator. There are no Black Republican governors and only one Black female lieutenant governor, in my home state of Virginia. That is where we are. And it is a shameful, awful thing to see as America is becoming more diverse than ever before. The present-day GOP has been on display these past few days; the last time such a spectacle took place was in the 1850s pre-Civil War America. Let that sink in. 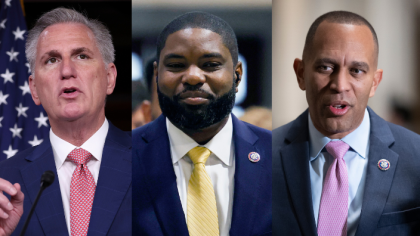 Here’s the point of my rant against my former party: Every time the Democrats put up a historic first, like when President Barack Obama was elected in 2008 as the nation’s first Black president, the GOP trots out a Black Republican as they did when the Republican National Committee elected my dear friend Michael Steele as chairman of the Republican Party. Worse, despite Steele’s obvious success as GOP chairman, he declined to run again in 2011 amid lagging support. Or when the Democrats in Georgia elected a Black pastor to the U.S. Senate, the GOP responded with former football great Hershel Walker.

The problem with today’s GOP is that they actually believe Black people are replaceable or more likely, interchangeable. And those of us who are Black know that nothing can be further from the truth. Black people are not monolithic in our thinking, even though it may appear we are so in our voting — the large majority of African Americans vote overwhelmingly Democratic. This pattern of Black voter loyalty to one party has left Republicans with the mistaken notion that if they just showed off one or two Black men (Black Republican Mia Love was elected in 2014, but her star fell after defeat in 2018) in their ranks, it would indicate that they are somehow connected to and familiar with Black America. The Georgia Senate race made plain how much Republicans believed that Herschel Walker was the same as Senator Raphael Warnock.

At the end of the day, Black Republicans like Donalds need to be clear about where they stand and what they will tolerate when it comes to being in the GOP. Because the world is always quietly watching when you are just a few in a 222-person caucus. Having white men pat you on your head and presumably whisper “well done” is not a good way to attract younger Black conservatives and Black voters to your ranks.