A year before he retired in 2016, Bolt reportedly earned $33 million.

A probe has been launched into millions of dollars that appear to be missing from an account belonging to sprint legend Usain Bolt, The Guardian is reporting.

Jamaica’s Financial Investigations Division and Financial Services Commission are investigating the case. An unnamed former Stocks and Securities Limited (SSL) employee is at the center of a massive fraud inquiry. This individual may be linked to the funds missing from Bolt’s account at the firm, according to Bolt’s manager, Nugent Walker.

SSL has alerted police about the matter.

A lawyer representing the former employee has said her client has been “in discussion with SSL and the lawyers representing SSL” for the past two weeks.

“All the relevant steps have been taken to come to the bottom of this,” Walker said, noting that Bolt only became aware of irregularities on Wednesday.

“He’s been with this entity over 10 years. His entire portfolio is being reviewed,” Walker said. He declined to disclose the exact amount of the sum that is missing, citing the ongoing investigation. 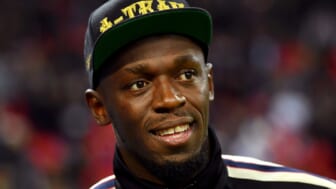 A year before Bolt retired in 2016, the 36-year-old earned $33 million from sponsorship, prize money and appearances..

Bolt, who holds world records in the 100m, 200m and 4x100m relay, is regarded as one of the all-time best track athletes.