The internet sensation's latest videos have even captured the attention of Delta Air Lines, which offered to fly him and his entire family to New York City to see a Broadway show.

An 11-year-old boy has taken the internet and Broadway by storm.

Nathan Broxton of Orange County, California, has gained popularity from videos featuring him singing various Broadway show tunes from the back seat of his parents’ car. His mom filmed the performances on TikTok and Instagram.

In one of the latest, Nathan sings every single word of the song, “Naughty,” from “Matilda the Musical,” which just released a film adaptation on Netflix last month.

Now, his musical exploits are getting attention, bringing in gifts. For instance, Delta Air Lines has offered to fly him and his family to New York City to see a Broadway show, according to PEOPLE. Nathan’s mother Samantha Broxton, @RaisingSelf on Twitter, wrote in a tweet, “I am in shock. @Delta airlines is sending Nathan and the entire family to see his first Broadway musical in New York City!!!!!” 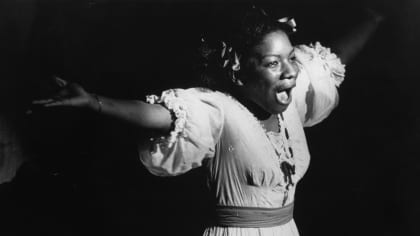 Also Read:
‘The Wiz’ to return to Broadway after 40 years

The official Delta account seemed to confirm the exciting news in response to the tweet: “When you’re made for the stage, there’s no better place to see your dreams than NYC.”

Meanwhile, in another video, the young talent sang “Wait for It” from “Hamilton” with original vocals by Tony Award winner Leslie Odom Jr. The video made its way to Odom, who praised Nathan. “Young brother is far more committed than I even dreamt of being at his age,” he wrote on Twitter. “This is conviction! And I love to see it. On this trajectory, he’ll eclipse me in no time.”