Grace Garcia said a nail technician nicked her cuticle while giving her a manicure, causing a small amount of bleeding and a cut that never healed properly.

A San Gabriel, California woman, who had a rare form of nail cancer that human papillomavirus — or HPV — caused, is sharing her story to alert others. It was discovered after she sustained a cut at a nail salon.

Grace Garcia, 50, who has been getting her nails manicured for about 20 years, visited a new, “fancy” salon in November 2021 when her regular spot was booked, according to TODAY.com.

Garcia stated that the nail technician nicked her cuticle during the manicure, causing a small amount of bleeding. When she returned home, Grace applied antibiotic ointment to the wound, but the cut didn’t quite heal properly.

“It sprouted, whatever the thing was on my hand,” Garcia told TODAY, unable to recall if she saw the nail tech open new tools before the procedure. “It popped up. It looked like a wart, and I’m like, ‘What in the world is this?'”

It didn’t improve after a few days, so she returned to the salon to inform management about the employee’s error and was told that the tech in question had been fired “(after) a lot of complaints.”

Garcia eventually went to the doctor and was prescribed an antibiotic for her finger. Still, it never got better. Her finger was sensitive to the point where it hurt if she unintentionally brushed it against something. When the wound finally healed, a lump darker than the rest of her skin surfaced in its place.

In April 2022, five months after the nail appointment, Garcia mentioned the finger during a visit to her gynecologist, who advised her to see a dermatologist. The first dermatologist suggested that she keep an eye on it, but Garcia got a second opinion and underwent a biopsy. 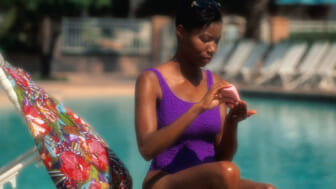 Also Read:
Skin cancer is a risk for all skin tones, but may be overlooked in people with dark skin

“Generally speaking, the strains that cause cancer from an HPV standpoint tend to be more sexually transmitted,” Soleymani told TODAY.com. “In Grace’s case, she had an injury, which became the portal of entry. So that thick skin that we have on our hands and feet that acts as a natural barrier against infections and things like that was no longer the case, and the virus was able to infect her skin.”

Garcia’s cancer spread quickly but she caught it early and received a Stage 1 cancer diagnosis. She underwent Mohs surgery — a procedure performed on First Lady Jill Biden recently, People magazine reported — which enables medical professionals to view “100% of the edge” of the cancer. As a result, doctors completely removed it and Garcia won’t need radiation treatment. She must follow up with her doctor to schedule routine skin cancer screenings, however. 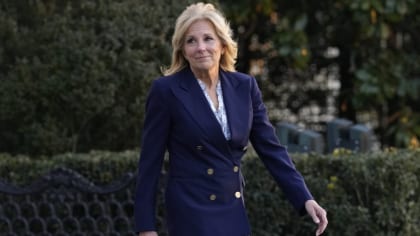 Soleymani noted that Garcia’s determination was key. “Your outcomes are entirely dictated by how early you catch them, and very often, they’re completely curable,” said Soleymani, TODAY.com reported. “Her persistence, not only was she able to have a great outcome, she probably saved herself from having her finger amputated.”