The street dance is rooted in the Black community and hip-hop artists pioneered it in the '70s and ’80s.

The 2024 Paris Summer Olympics will feature 39 sports and 329 events, including breakdancing, according to NBC News.

Buenos Aires, Argentina, hosted the Youth Olympic Games in 2018 where breaking made its Olympic debut. In 2020, the International Olympic Committee (IOC) recognized the athletic style of urban dance.

As theGrio previously reported, breakdancing is a street dance rooted in the Black community and hip-hop artists pioneered it in the ’70s and ’80s. Many of them were Black people and Latino people from the South Bronx.

Breakdancing will be featured at the 2024 Paris Games in an effort to attract younger viewers. Thomas Bach, president of the Olympics committee, has also highlighted certain other inclusive aspects of the 2024 Paris Games. “With this program, we are making the Olympic Games Paris 2024 fit for the post-corona world,” he said. “We are further reducing the cost and complexity of hosting the Games … we will see for the first time in Olympic history the participation of the exact same number of female athletes as male athletes.” 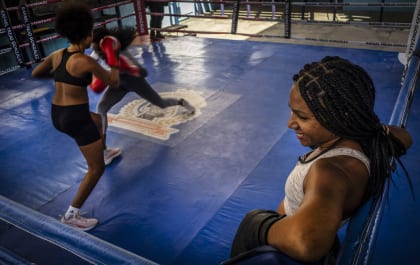 In breakdancing, competitors known as B-boys and B-girls will be judged on their technical skills, creativity and style, strength, speed, rhythm and agility, the BBC reports.

“At the Paris 2024 Games, the breaking competition will comprise two events — one for men and one for women — where 16 B-Boys and 16 B-Girls will go face to face in spectacular solo battles,” according to the official website of the Paris 2024 Games.

“Athletes will use a combination of power moves — including windmills, the 6-step and freezes — as they adapt their moves and improvise to the beat of the DJ’s tracks in a bid to secure the judges’ votes and take home the first Olympic breaking title,” the program’s description continues.

Grace “Sunny” Choi, the current reigning USA B-Girl Champion, recently pointed out to Forbes one particular aspect that sets breakdancing apart. “Compared to other Olympic sports, one of the unique elements of breaking is that much of what you see is freestyled,” she said. “But breaking definitely requires more creativity and adaptability, adding an element of difficulty that a sport like gymnastics does not have.” 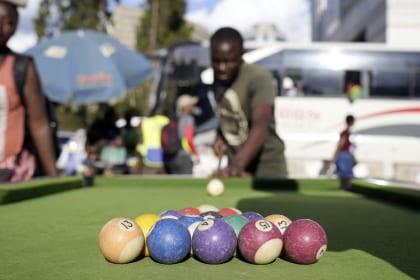 Also Read:
A cue for success? Zimbabwe’s pool players are betting on it

The two separate breakdance events are scheduled for Aug. 9 and 10, according to the official website.