SNL spoofs ‘The White Lotus’ with ‘The Black Lotus’ skit

SNL reimagined the award-winning TV series, whose cast is predominantly white, with Black hotel staff members offering guests “all the decadence, all the intrigue, none of the foolishness.”

With Ego Nwodim as manager and Keenan Thompson as concierge, “The Black Lotus” sketch features a series of wealthy, white “guests that have everything” making all manner of requests to a “staff that’s had enough.”

The skit opens with SNL’s Chloe Fineman delivering a spot-on impression of “The White Lotus” star Jennifer Coolidge arriving at the luxury hotel and asking Thompson to check her into her room despite not having any form of payment on hand. 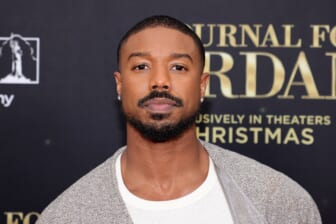 Also Read:
Michael B. Jordan, Lil Baby among first guests on ‘SNL’ in 2023

“Oh gosh, I forgot my credit card. I must’ve left it in the limousine. Is that okay? Can you trust me?” Fineman’s character asks.

Thompson looks at her disapprovingly and denies her request.

“I’ll have it in a couple hours,” she responds.

“Well then come back in a couple of hours, alright? I don’t know you. I’m trying to run a business!” Thompson snaps back.

The guest portrayed by Sarah Sherman explains the man is planning to take her out to the countryside, even though they just met.

“Y’all enjoy now, okay?” Nwodim says as she hands the couple the keys. After the couple walks away, she turns to Thompson and predicts: “He gon’ kill her.”

In a later scene, a guest portrayed by Heidi Gardner asks if she can sing in the evening, to which Nwodim answers: “You wanna sing? You think you can replace Kenny in the Kirk Franklin lounge?” 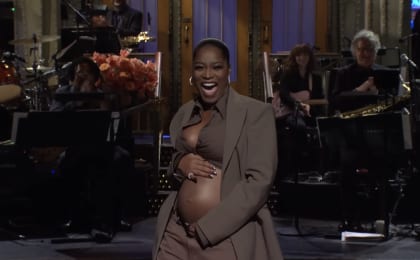 The skit then cuts to a Black singer on stage before an audience singing and dancing in a scene reminiscent of a Black church.

During the sketch, it is revealed that each season of “The Black Lotus” will take place at a new, “exotic” location, such as “Atlanta, Washington, D.C. or It’ly.”

“Black Lotus: Bring your hopes, bring your desires, but don’t you dare bring an attitude,” a narrator says.

The skit closes by letting viewers know the parody show will be premiering in spring 2023 on HBO as well as STARZ, a channel known for hosting a number of Black TV shows, including “Power” and “BMF.”

Watch “The Black Lotus” below.