Ricardo Guthrie's lawsuit claims the white-to-nonwhite professor ratio at Northern Arizona University is four to one, less than 20 percent of its faculty is nonwhite, and 1.6 percent is Black.

Fisk University, a historically Black college in Nashville, Tennessee, is now the home of a renowned professor who has resolved a discrimination lawsuit against Northern Arizona University.

According to The Arizona Republic, Ricardo Guthrie, hired as an assistant professor at NAU in 2008 to pioneer the Ethnic Studies program at the Flagstaff campus, settled his lawsuit against university officials and the Arizona Board of Regents in June, and voluntarily resigned from his position on July 1, 2022.

Guthrie filed the federal lawsuit last January, alleging that NAU denied him the opportunity to serve a second four-year term as the ethnic studies department chair after he complained about the alleged discrimination and filed complaints with the Equal Access Office. He had been in the role since 2016 after being initially hired in 2008 as an assistant professor.

Guthie, profiled in The Republic in August 2021, went into great detail about his accusations that systemic racism had hindered Black professors and other professors of color from being hired, promoted and retained at NAU, the third-largest public university in the state.

“Why isn’t there a Black studies professor in history at NAU? I don’t understand. They’ve never had one,” Guthrie said in his previous interview with The Republic. “That’s what got me going. Come on. You’re claiming to teach the best history to our students, and you don’t have a single specialist in Black history. What are we really to say? Black history doesn’t count?” 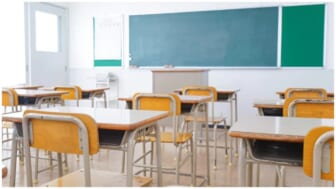 The white-to-nonwhite professor ratio at NAU is four to one, according to Guthrie’s lawsuit. Less than 20 percent of its roughly 1,100 members of faculty is nonwhite, 79 percent is white, and 1.6 percent is Black, the suit maintained.

In court documents, the Arizona Board of Regents refuted Guthrie’s claim that he experienced racial discrimination. The board stated in a motion to dismiss that his claim was deeply flawed in several key respects, mainly because he did not follow the rules set forth by the Civil Rights Act when initiating the lawsuit.

In August, Guthrie started his new job at Fisk University, where he now serves as a distinguished professor of social justice and instructs graduate students. He said that because his grandfather attended Fisk in the 1920s, his appointment was a “homecoming.”

Guthrie is working to establish the John Lewis Center for Social Justice, which bears the name of the civil rights leader and former member of Congress — a Fisk graduate — who passed away in 2020.

According to Guthrie, in August, the National Endowment for the Humanities approved a roughly $190,000 grant for him to co-direct two one-week seminars at which K–12 educators can be schooled this summer on the history of indigenous, Black and Hispanic people along the historic Route 66.

NAU allegedly informed Guthrie this month that they had denied his payment request for this project. He contended that as the project’s co-director, he’s entitled to compensation for the two months spent directing the program and the two one-week Route 66 courses; he plans to file a lawsuit against his former employer in pursuit of payment.