2018 Grammys Rundown: see who’s a big winner and who got snubbed 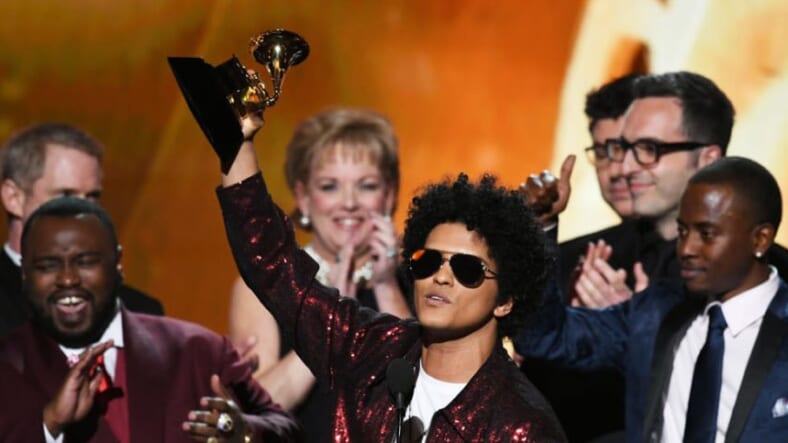 This year’s Grammy Awards was full of highs and lows and a couple artists racked up while others were arguably snubbed.

Almost as important as who won is who didn’t win. Namely, Jay-Z. The mogul was nominated for eight awards for 4:44 but went home empty handed. Childish Gambino went in to the night with five nominations for Awaken, My Love! and his song, “Redbone”, but brought home only one win tonight for Best Traditional R&B Performance.

The other major snub was much more broad. There was very little Grammy love for the ladies, with few women making it into the winner’s circle, despite it being the “Year of The Woman” in so many other arenas.

Alessia Cara brought home the Grammy for Best New Artist and while we’re fans of the singer, we were rooting for SZA. Her innovative approach to R&B and raw, relevant lyrics should have earned her a win.

Kendrick accepted the first televised award of the night with Rihanna by his side when their hit, “Loyalty,” won the Grammy for Best R&B/Rap Song Performance.

“She came through and gassed me on that record,” he said. “This really belongs to her.”

READ MORE: Kendrick Lamar’s get political during the Grammys and it’s EXACTLY what it needed to be

When he returned to the stage to collect his Grammy for Best Rap Album for Damn, even Kendrick seemed a bit stunned that he beat out Hov.

“This trophy is dedicated to hip hop…Real talk. That’s love,” before he declared, “Jay-Z for President.”

Bruno Mars collected six statues on Sunday night with “That’s What I Like” winning him Song of The Year, Best R&B Song, and Best R&B Performance and 24K Magic scoring him Best R&B Album, Album of The Year and Record of The Year.

STYLING AND PROFILING AT THE 2018 GRAMMYS

Best Comedy Album: “The Age of Spin/Deep in the Heart of Texas” — Dave Chappelle

Best Gospel Performance/Song: “Never Have to Be Alone” — CeCe Winans

Best R&B Performance: “That’s What I Like” — Bruno Mars