Raven-Symoné was torn to shreds online after posting a meme that slams a group of rappers and accuses them of creating wealth by perpetuating dangerous stereotypes about Black men.

The post includes an image of hip-hop heavyweights JAY Z, Diddy, T.I., DJ Khaled and others, with a caption that reads:

A group of so-called “successful Black men(minus Khalid racially) who became rich and famous from perpetuating the worst Black stereotypes to the ears and eyes of whole planet like drug dealing, pimping, murdering other Black men and disrespecting Black women. I know, making observations is being a hater. Cheers.

Symoné captioned the post with a set of emojis, suggesting she was was co-signing the message.

#RavenSymone shared this post on her page and some folks in her comments are going innnn ??Thoughts, #Roommates? ?

The 32-year-old actress was subsequently dragged over the post, with many flooding her comments section.

While some agreed with the sentiment about how male rappers treat Black women, others called the That’s So Raven star for provoking unnecessary drama.

Eventually Raven-Symoné deleted her original post, and published another explaining her decision to remove the critical meme.

“Deleted my post because the comments were not something I want my underage followers looking at. I’m not deleting because I don’t believe in what I said,” the post reads with the caption “SMH.” 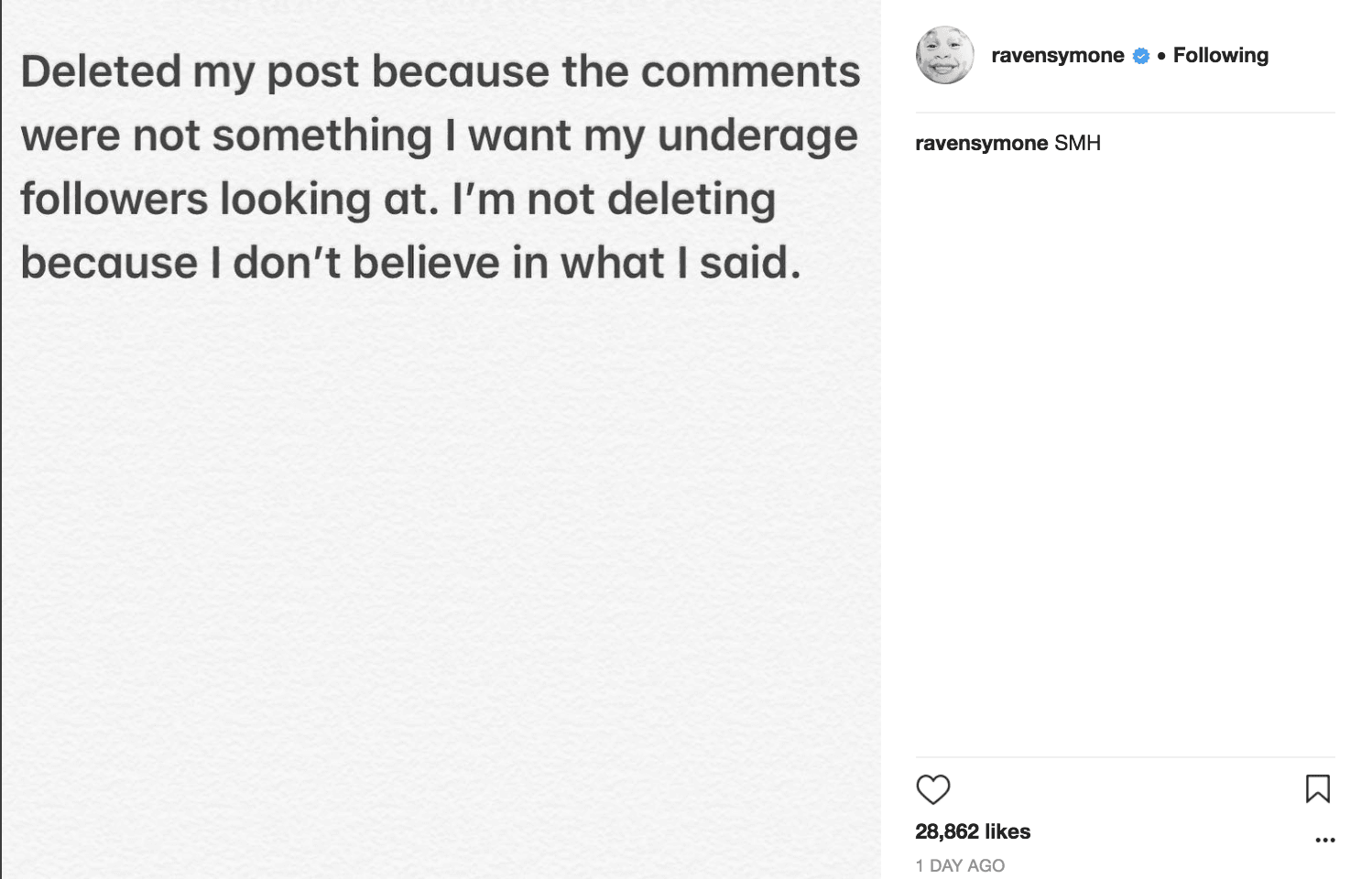 But Raven wasn’t the only one to respond to the backlash, as T.I. took to his Instagram to clap back at her post.

“@ravensymone Our sins ain’t no greater than yours ma’am. The air must be thin as hell up there on that high horse you sittin on. Somebody please let me know…WTF up wit shawty?” he wrote.

The post included a quote from famed writer Oscar Wilde: “Every saint has a past & every sinner has a future.” 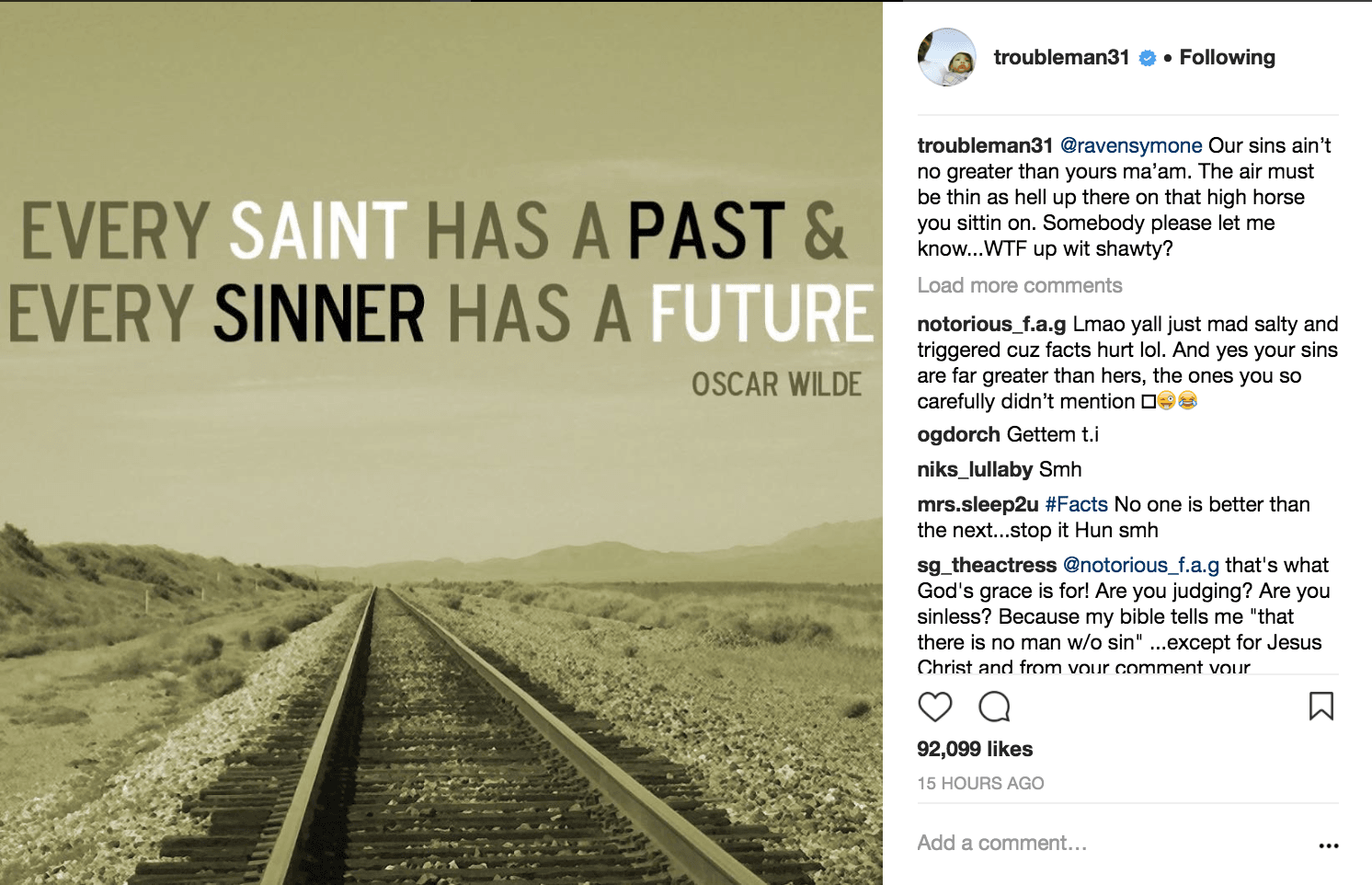 The Atlanta rapper’s response only kept the online debate going, with many falling on both sides of the debate.

What do you say Grio readers? Does Raven-Symoné make a good point or was it a complete fail?