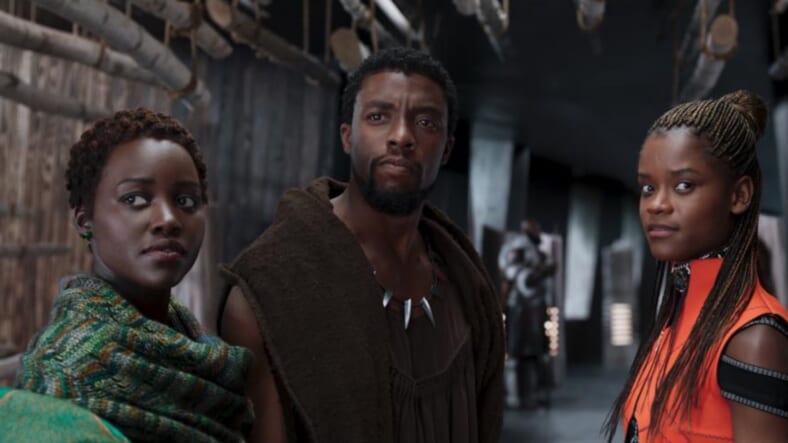 Black Panther has already set the stage to be a massive blockbuster at theaters, and now, some people are asking that Marvel put their money where their mouth is.

A petition online, created by Chaz Gormley, is urging Marvel’s cinematic parent, The Walt Disney Co., to “set aside 25 percent of their worldwide profits to be allocated for investment in black communities, and in programs within these communities that focus on S.T.E.M.”

Citing the fact that the cinematic studio has targeted Black culture and Black communities for its marketing campaign, and Black people have therefore substantially assisted with the imminent success of the world of Wakanda— Gormley assists on Change.org that Black Panther‘s profit goes to good use.

“While many would see the release of a major studio film with a majority black cast, black director and art direction helmed by black artists… as a win,” Gormley asserts, “what exactly will the black community gain, aside from another symbolic victory?”

Gormley lays out a detailed and well-structured argument noting that the studio’s use of Black History Month as a release date is not by coincidence but design. Gormley takes it a bit further in his analysis:

“Surely, more than just Black people will be heading to the movies on February 16th…however… they’ve blatantly targeted the Black community, because they want the one thing the black community has to offer in abundance – black dollars.”

Gormley goes on to list the decision to use Gil-Scott Heron’s iconic song “The Revolution Will Not Be Televised”  in the background of the first Black Panther trailer, as further demonstration of the studio’s desire to capitalize on Black culture.

Some are asking would it hurt for Marvel to invest some of its millions and/or billions of profits to Black communities that they’re targeting for the movie? At a time in politics where it’s beneficial to put your wallet where your mouth is, Gormley’s petition raises an intriguing question.

Marvel’s all-Black superhero casted movie has already broken records with the highest pre-sales for any superhero movie, ever. It’s projected to make over $165M in its first weekend in the in the US and is anticipated to possibly surpass February’s greatest opening week belonging to Deadpool at $363 million.