RUMOR PATROL: Is Cardi B pregnant?

Gossip has been buzzing for weeks, but Cardi B continues to deny reports that she's expecting. 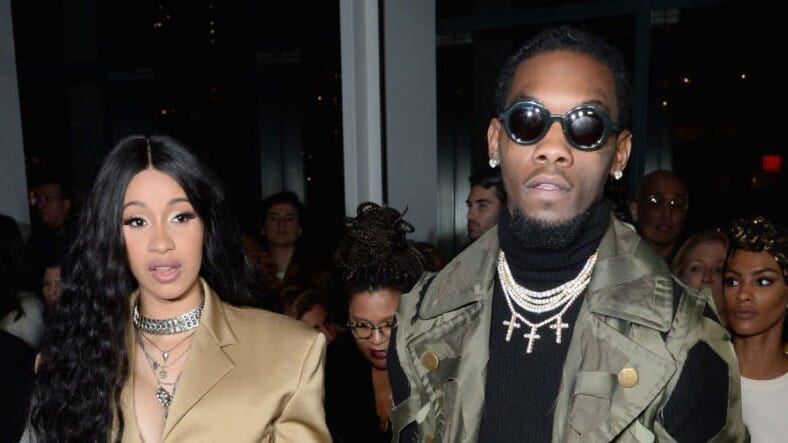 Cardi B has been making big moves for months, but if the latest batch of rumors are true, she may be working on her biggest project yet.

Word on the street is Cardi may have a bun in the oven. Several outlets have reported that she is expecting her first child with Migos member and boyfriend, Offset.

So far, the rapper has denied the claims and insist she has just put on a few pounds.

Cardi has denied the claims several times. When a fan asked if she was pregnant on social media, she replied, “No bitch. I’m just getting fat. Let me fat in peace.”

TMZ reported that a staffer at the Maxim party where Cardi B was performing at the Super Bowl had been told the rapper didn’t want to deal with the “party atmosphere.”

Instead, the staffer claimed, Cardi B stayed off to the side drinking Fiji water. At that point, the staffer said that her rep spilled the beans explaining that she was about three months pregnant.

Earlier this week, Tami Roman shared her own opinions about Cardi B’s possible pregnant belly on her Bonnet Chronicles web series and the “Bodak Yellow” rapper was not amused.

“Now I know you just said you were getting fat and that’s ok, too, but I’m just saying it looks pregnant. That pregnant lady belly, that’s what it looks like. About two or three months, I don’t know,” Roman said in the video.

“You and Offset, that baby would be so yummy!” Roman adds, softening the blow. “He’s attractive, you attractive… Just make that announcement.”

READ MORE: Cardi B claps back at Tami Roman over body-shaming comments

Rumors abound with these two

In a move that surprised us all, Offset got down on one knee and proposed to Cardi with a big engagement ring, which she quickly showed off on social media.

“Thank you for seeing the potential in me since you met me. For giving me advice molding me and loving me,” she wrote. “You’re such an amazing man to me, your family, friends, kids and you are extremely talented. I can’t wait to spend FOREVAAAA with you. Let’s make a lot shmoney and love together.”

Even with that fairy tale proposal, the drama continues for this celebrity couple. In addition to pregnancy rumors, the two have been plagued by rumors that Offset cheated on Cardi, In Touch noted.

As usual, Cardi is her own publicist and took to social media to let the world know she’s sticking by her man.

“No, it’s not right for a [man] to cheat… But what you want me to do?” she tweeted in January in response to the rumors flying around. “Go f–k me another [man]? Start all over again and get cheated on again? This s–t happens to everyone and I be too, you too… People handle they relationship different soo.”