Commissioner Darryl DeSousa wants to weed out all the bad cops. 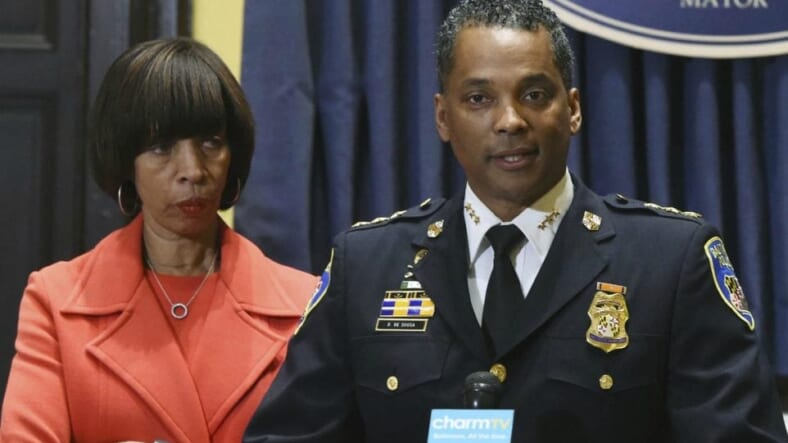 Baltimore Police Commissioner Darryl DeSousa is launching a program in which his police officers would be randomly tested on their honesty and integrity in the wake of recent scandals impacting the Baltimore police department.

The tests would include things like calls to police stations from commanders or planting cash on a park bench and reviewing the officer’s reaction, according to the Baltimore Sun.

“These integrity tests are going to check people,” De Sousa said. “The good officers have nothing to worry about.”

Just hours after De Sousa was sworn in as the 40th police commissioner police on Wednesday, he took part in the filming of the WJZ special “Baltimore Standing Together,” which looks at the city leaders and their response to violence in Baltimore.

During the special, De Sousa described the integrity tests and promised to work to restore the honor of the police department rocked by corruption scandals.

“We have a need to fix inside before we fix outside,” De Sousa said. “I will not let this city down.”

Baltimore is still reeling from the massive corruption scandal of the Gun Trace Task Force. Eight members of that corrupt task force have been convicted of federal racketeering charges and are awaiting sentencing.

In the course of the trial, stories of robberies, corruption, and even abuse of overtime pay dominated the headlines. All of this simply fuels the fire of deep mistrust that continues to exist between the community and the police. Baltimore had a record number of homicides in 2017. As a result, the city’s police department is under a federal consent decree that mandates major changes to end corrupt policing.

What’s more, Baltimore’s State Attorney, Marilyn J. Mosby, said that thousands of cases were now tainted by the actions of these dirty cops.

“At first it was hundreds of cases. Thanks to the testimony that came out just last week, our preliminary estimate is thousands of cases that may be impacted by the wrongful and illegal acts of those police officers,” she told the Baltimore Sun.