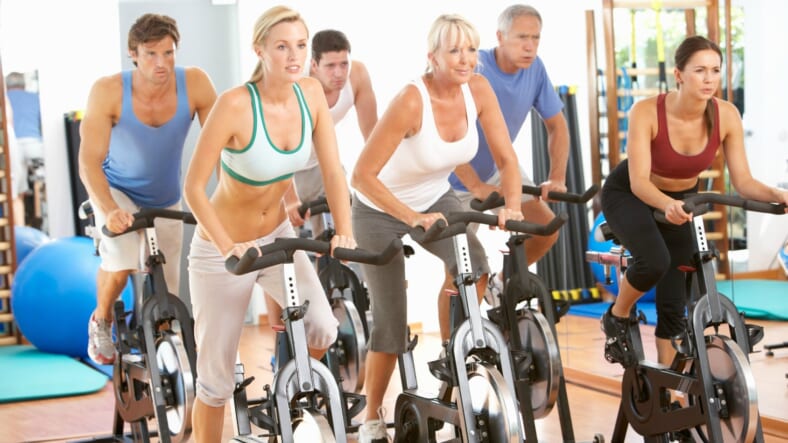 Ever feel out of place in your spin class because you’re like the only black person in it? If so, you’re not alone.

As The Washington Post reports, boutique fitness studios like hot yoga spots, Barry’s Bootcamp, SoulCycle, and Orangetheory, have a specific niche in the fitness industry. They differentiate themselves by catering to their customers.

In the boutique world, you make reservations, you’re greeted with smiles, and as the Post states, you’re served an ice-cold glass of the “spin class is self-care” Kool-Aid. They are also expanding rapidly in gentrifying urban areas.

People haven’t been able to ignore the differences in the racial and demographic makeup of studios vs. your local YMCA.

After a few committed months of hot yoga at a studio in New York, Christina Rice had found her niche. So when the studio announced that it was offering teacher training, she signed right up. It was only when she arrived with her mat that she noticed something striking, according to the Post. There were 54 other women and men in the 10-week course, and not one of them looked like her. She was the lone African American in the class.

“I did bond with some of the other students,” says Rice. “But I did feel very isolated at times. There were no teachers of color. I didn’t have another woman who looked like me, who understood my struggles, my insecurities.”

And like Rice, other fitness junkies have begun to notice who isn’t coming. Sweat through a class in one of these studios and it’s very possible that you’ll see it, too: many, many lithe young white bodies and very few people of color, according to The Washington Post.

According to The Washington Post, some studios have made efforts to foster diversity. In an email, SoulCycle chief executive Melanie Whelan described her company’s effort to maintain a team of instructors that give “riders a range of genders, races, backgrounds and personalities to identify with.” The company also maintains an inclusivity and diversity council and offers underserved youths in some markets 12-week scholarships to take classes and learn nutrition.

READ MORE: Black Trump supporter goes off on CNN: “You have no respect for Ms. Trump”

The Wrong Type Of Message

Leticia Long provides some insight via The Washington Post about what she sees:

“What is their messaging saying about aging? What is fit? What is beauty? I look at everything from the signage to the marketing materials,” she says. All she sees is millennials. “How open and inclusive is that?”

Jessamyn Stanley is yoga teacher and author who has a lot to say about the lack of diversity in studio culture with her book, “Every Body Yoga”. According to The Washington Post, Stanley states, “The issue extends beyond race.” She’s often the only fat woman in the room as well, she says. And if you’re looking for a mature crowd, you’ll have to keep looking because the average age of studio exercisers is 30.

“The messaging,” says Stanley, “is essentially: You’re allowed in this space if you are white, slender, able-bodied and less than 45, cis-gender and heterosexual. And if you’re not, then you’re not welcome.”

Stanley believes that it’s an issue that the majority can never fully relate to.

“Being the only person of color or fat person,” she says, is “a feeling of utmost loneliness. You can determine to ignore it, or you can try to find a way to assimilate into it.”