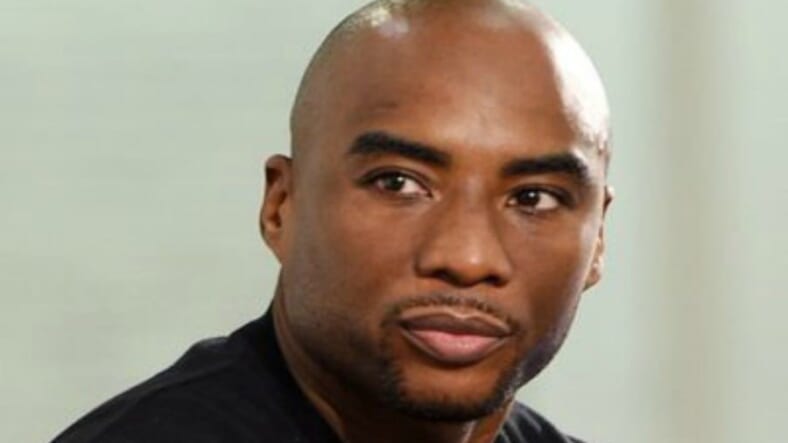 Charlamagne Tha God is an outspoken radio host that prides himself on tackling tough issues with the guests he interviews on The Breakfast Club but now he’s the one bringing tough truths to light.

During his own interview on TV One’s, Uncensored, he revealed that Tyler Perry helped him realize that it was time to acknowledge that he, too was a victim of sexual assault.

After watching Oprah Winfrey‘s interview with Tyler Perry in which he revealed his own ordeal with molestation, Charlamagne realized that he shared a similar experience.

“I was molested when I was 8 years old by my cousin’s ex-wife,” he says. “I didn’t even realize it was something wrong until I saw Tyler Perry on Oprah Winfrey…I thought why is he crying but I enjoyed it? It made me wonder if something was wrong with me? I can’t really remember how it started, but I know it happened a few times.”

Charlamagne’s confusion about “enjoying” the assault he endured is not uncommon for victims. Often, the body responds to physical touch whether or not its appropriate or legal, and that doesn’t mean a crime has not occurred.

According to Charlemagne, who has been candid about his molestation experiences in the past, he was bullied by his aggressor even after he told her to stop. “She would just try to demean me from that point on,” he said.

This isn’t the first time the radio personality and author has opened up about the molesation he suffered. In 2014, he referred to the experience on social media.

I really think getting (molested) at age 8 by a 20 something chick with a jheri curl really f*cked me up.

Check out the clip from Uncensored, below:

UNCENSORED airs Sundays at 10 p.m. ET on TV One.