Is Jaden Smith quitting his day job to become a sustainable denim designer?

Find out which rapper is helping the 19-year-old make his design dreams come true. Spoiler alert: it's not his dad! 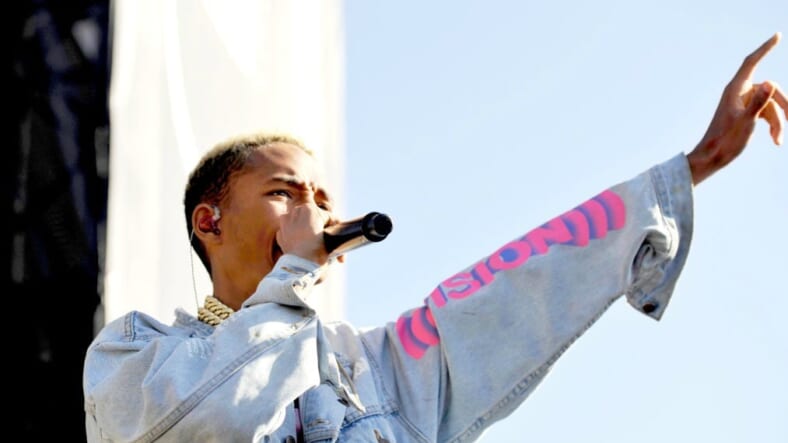 The 19-year-old actor-turned-artist-turned-green activist is collaborating with the Pharrell Williams-assisted denim line, G-Star Raw, on an entirely sustainable line of denim that will be released to retailers this fall.

“What [G-Star has] been doing with sustainable innovation recently has been so inspiring, especially with the launch of their most sustainable jeans ever,” Smith told Teen Vogue in a statement. “They are at the forefront of denim sustainability, on top of the denim game. It’s the same thing I’ve been trying to do with my Just Water initiative, to innovate in an industry where there is so much room for improvement.”

Few people may recall that in 2015, Smith and his father, actor Will Smith, co-founded an eco-friendly bottled water company called Just Water that creates packaging from almost entirely renewable resources, including “plastic” derived from sugarcane.

Given G Star’s eco-friendly roots – the company even launched a “Most Sustainable Jeans” collection in February – the partnership with the young, eco-conscious actor will continue the brand’s commitment to drive sustainability.

The younger Smith told the Associated Press that his concern for the environment began when he was out surfing at about age 10. He saw plastic water bottles floating in the ocean beside him, and he was so upset by it that he told his parents. After learning about the Great Pacific Garbage Patch (those floating “islands” of garbage and plastic debris) in school, he insisted that his family do something about it.

“Jaden is a creator, an artist and an inspiration for the next generation who want to have a positive impact on the world around them,” G-Star Raw CMO Thecla Schaeffer said in a statement. “He continuously pushes boundaries in multiple fields, in music, design, and in sustainability. He inspires us to keep challenging the conventions of sustainable innovation in the denim industry and we are honored to have him as a part of the G-Star Family.”

After talking to Pharrell and G-Star, Smith says he realized there is an urgency and opportunity to do something more.

“I believe this collab is a great step that brings us closer to where we want to be,” he sad.

Check out Pharrel giving the seal of approval to his new protege.

Proud to announce @officialjaden as the newest member of the @gstarraw family. His commitment to the environment is such an inspiration. His collection is gonna be ?. pic.twitter.com/8JzJZBk6Az