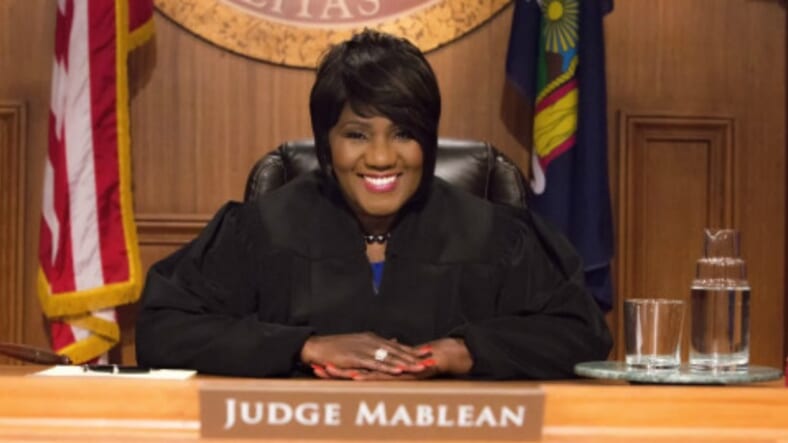 On Wednesday, the hosts of The Talk announced the nominees for the 45th Annual Daytime Emmy Awards which cover a wide variety of programming including soap operas, talk shows, game shows, children’s shows, animation etc. Amongst this year’s honorees is Entertainment Studios’ own Judge Mablean Ephriam, whose Justice with Judge Mablean was nominated for Best Legal/Courtroom Program.

Ephriam began her law career in Los Angeles as a prosecutor in the Criminal Division of the Office of the City Attorney, back 1978. By the late 90’s, she found herself presiding as the judge on the newly revised half hour syndicated television show, Divorce Court.

What most fans don’t know is that Ephriam never sought out a career in show business.  Word-of-mouth regarding her legal talents (from her colleagues, friends and an unknown entertainment attorney) are what led FOX to reach out to her for a meeting. Within a week, the studio offered Ephriam the job. She presided over Divorce Court successfully for seven years.

A mother of four and grandmother of 10, Ephriam also runs the Mablean Ephriam Foundation, a non-profit dedicated to strengthening underserved communities in the Los Angeles area. She also founded the annual Honoring Unsung Fathers Awards and Scholarship Brunch, held on Fathers Day since 2004. At the brunch, scholarships are awarded to graduating high school seniors.

The 45th Annual Daytime Emmy Awards will be held on April 29th in Los Angeles and will be hosted by Mario Lopez and Sheryl Underwood.