It's one step to help change the community's perception of their department. 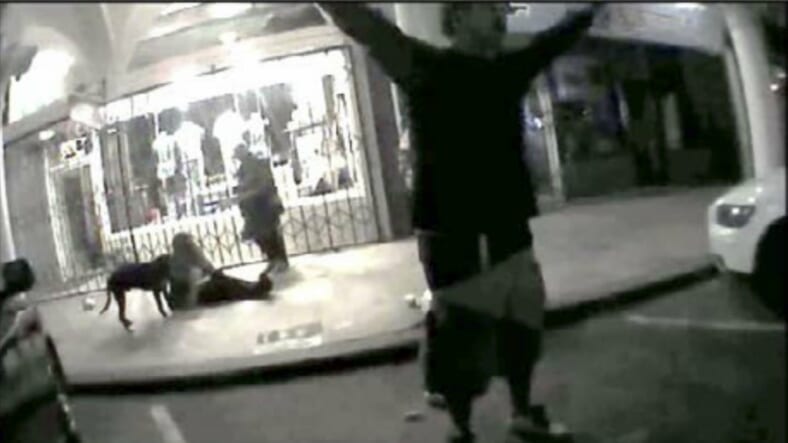 On Tuesday, the Los Angeles Police Commission voted 4-0 to end their long-term policy that prevents them from releasing body camera and patrol car video to the public after “critical incidents” involving the police. Now, these recordings will automatically become public within 45 days after these incidents occur.

“Transparency and accountability are the bedrocks of building public trust,” Commissioner Shane Murphy Goldsmith told the LA Times. “The public has a right to see these videos.” Goldsmith also assisted in drafting the new policy.

The policy will go into effect in 30 days and will only apply to shootings and other critical incidents moving forward. It is not anticipated that old footage will be released.

As videos continue to play a major role in documenting police brutality, limiting speculation, and informing the general public about the truth of tragic incidents— they haven’t necessarily changed the rate in which officers are held responsible. The LAPD hopes that this will begin to have a positive effect on changing perceptions of their department and encouraging the community to have greater trust in the men and women who have chosen to serve and protect them.

“I think this will go a long way in helping build public trust through a significant increase in transparency,” said Matt Johnson, the commission’s vice president.

Still, there are opposers who fear that the policy will instigate hostility and tensions during crucial times in an investigation.

In addition to the videos, the LA Times indicates that 911 calls, witness statements, crime scene photos and details about weapons could also be revealed as public information. Previously, these things would have only been released in a summary to the public.

There is a clause in the policy, however, that allows the police chief and two commissioners to unanimously decide to delay the dispersement of information if they have valid and specific reasons to do so. Delays will reportedly be reevaluated every two weeks. After 28 days, all members of the Police Commission will be required to vote to determine next steps.

LAPD Chief Charlie Beck said that a delay would only occur if it would threaten prosecution of anyone involved. Beck asserts that the 45-day rule should ensure that most cases will not go through this issue.

Before the vote, staff attorney Melanie Ochoa reminded the commission that “the department has routinely withheld video on grounds that it will interfere with ongoing investigations. We want to make sure this does not occur under the new policy as well.